Looking for some unique kitten names for your new girl cat?

There’s inspiration all around you! Check out 12 fun names that we found in some unexpected places!

Do you know these ➔➔ 50 Cute Names For Large Cats 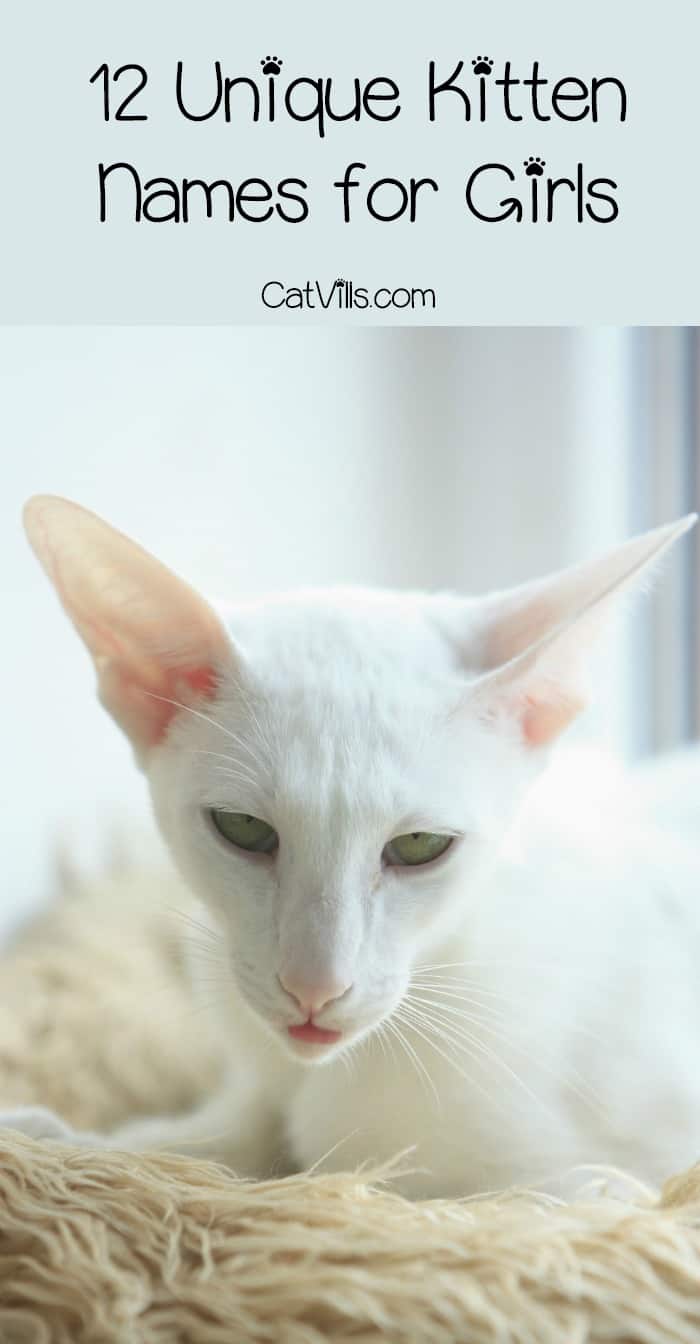 As a new kitten owner, you want to choose a unique name for your new little furry friend.

Whether you are looking for a female name that is inspired by fashion, mythology, historical figures, nature, TV shows or movies, you have come to the right place.

Prada is an Italian luxury, fashion company that specializes in handbags, watches, perfumes and shoes.

The company was founded in Milan, Italy in 1913 by Mario Prada. Prada is from Hindu, Indian and Italian origin meaning- Light, glow, shine.

Vera Wang is a famous NYC fashion designer, who has designed wedding gowns for Mariah Carey and Chelsea Clinton and red-carpet evening wear for Sofia Vergara and Viola Davis.

Daphne, from Greek mythology, was a naiad associated with brooks, fountains, springs, streams and wells.

She was also the love interest of Apollo, the Greek God of Prophecy. Daphne is from Greek origin meaning- Bay tree, laurel tree.

Selene, from Greek mythology, was the Goddess of the Moon. Each day, she would ride her moon chariot across the heavens.

Do you know these ➔➔ Cute Bengal cat names

She also had a romance with Julius Caesar, with whom she had a son, Caesarion. Cleopatra is from Greek origin meaning- Glory of the father.

Delilah appears in the Bible, in the Book of Judges, as the lover of Samson. Delilah is from Hebrew origin meaning- She who weakened.

A buttercup is a flowering plant, characterized by its shiny, yellow petals.

A raven is a large black bird, featuring a sharp beak and sturdy legs. The raven is one of the most intelligent birds and is the official bird of the Yukon Territory in Canada.

Do you know these ➔➔ 173 Funny Food Cat Names

Buffy Summers is a character from the supernatural, fantasy, drama television series- Buffy the Vampire Slayer- which aired for 7 seasons, from March 10, 1997 to May 20, 2003.

The character was played by actress Sarah Michelle Gellar. Buffy is from Hebrew origin meaning- Pledged to God.

Xena is a character from the action, adventure, fantasy television series- Xena: Warrior Princess- which aired for 6 seasons, from September 4, 1995 to June 18, 2001.

The character is played by actress Lucy Lawless. Xena is from Greek origin meaning- Guest.

Katniss Everdeen, played by actress Jennifer Lawrence, is a character from the dystopian, adventure, fantasy, sci-fi film series, The Hunger Games. Katniss is from American origin meaning- Sagittaria Genus, a plant that is also known as the Arrowhead plant.

Merida, Princess of DunBroch, voiced by actress Kelly MacDonald, is a character from the 2012 computer-animated, comedy, drama, fantasy movie- Brave.

Merida is from Latin origin meaning- One who has achieved a high place of honor.

Related: Crystal Kitten Names! They also give you a good idea of places to look for other names, if these don’t feel like a good fit for your cat.

Can you think of any other cute unique kitten names for girls? Share below!