7 Awesome Cat Breeds That Look Like a Lion, Tiger & Other Beautiful Wild Cats

If you’re looking for some awesome cat breeds that look like a lion, stick around!

These beautiful and majestic kitties will definitely fulfill your dreams of owning a “big cat,” without all of the ethical concerns. 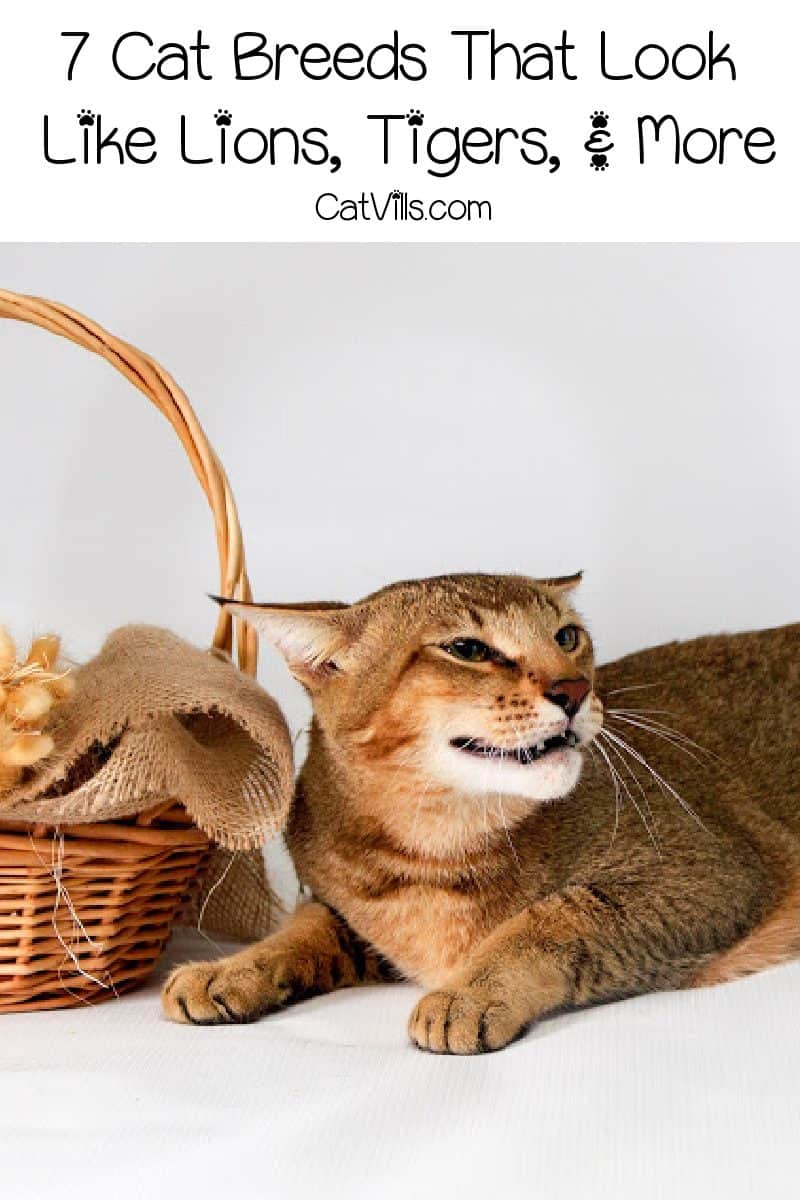 You probably already know that those cute household felines have a common ancestor with the mightiest wild cats.

So, it’s no surprise that many cats actually look like tiny versions of them.

What you may not know, though, is that some cats are actually specifically bred to look exactly like lions.

Here are some of the best lion-like kitties.

Lions typically have short, rounded heads with round ears. The males have a mane around their necks, which females don’t have.

Plus, such large cats are typically blond to reddish-brown.

So, the cat to look out for should resemble that. 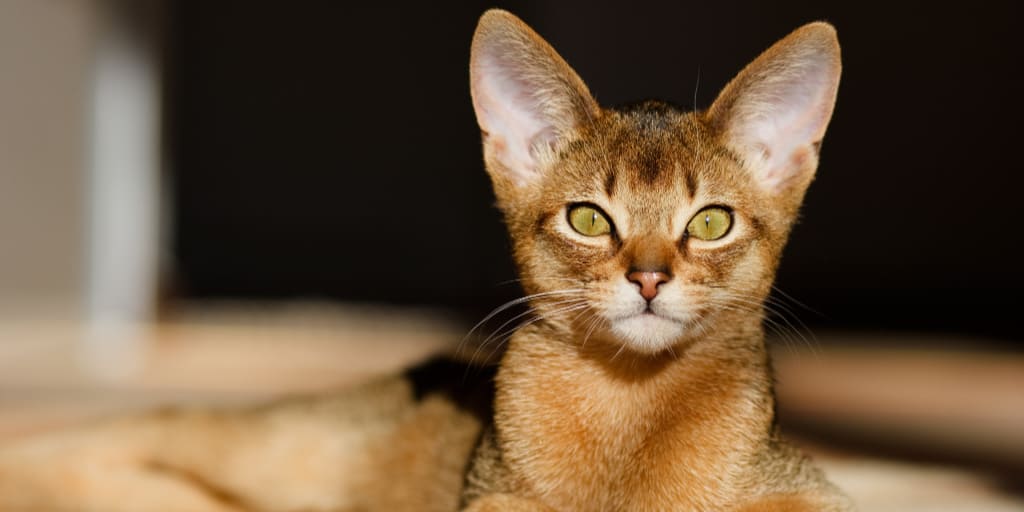 The Abyssinian is one such cat.

Despite having no crossbreeding or even any close relationship with wild cats, Abyssinians look just like lion- minus the mane.

If you displayed a picture of the kitty walking on your lawn, someone might assume it’s a lion cub in your backyard.

This feline has a lovely golden, ticked-tabby coat and striking eyes.

You’ll enjoy spending time with this social and intelligent cat.

That’s a good thing, too, since such pets can become depressed when unable to interact with or see their owners for long periods. 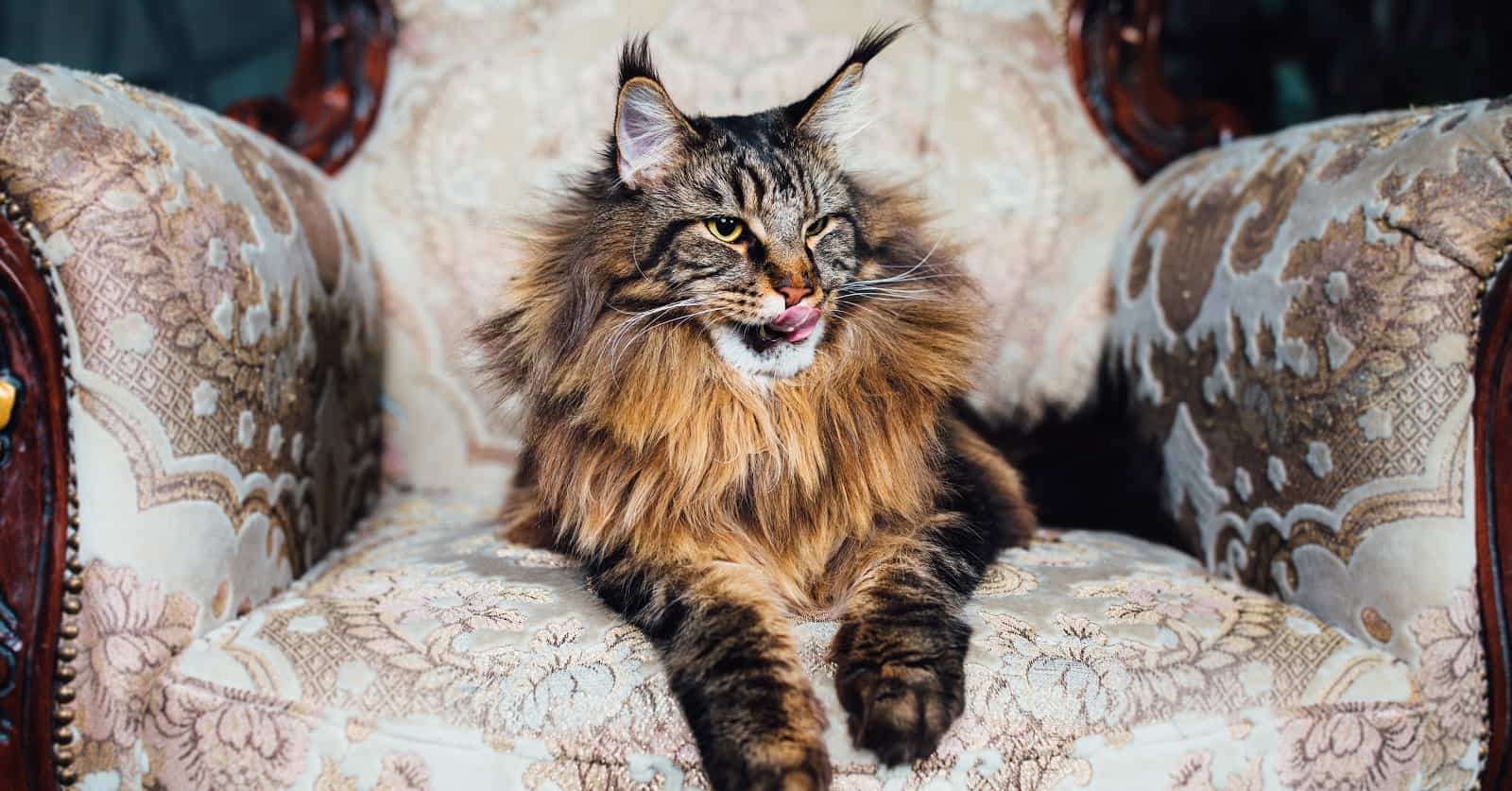 This breed has a stunningly plush mane that almost perfectly mimics a lion.

However, unlike the big cats- which only sport manes on males-both male and female Maine Coons have one.

The cat is known as a “gentle giant” because of its large size. That makes it great as a fuzzy therapy animal.

According to Cat Fanciers’ Association, this American native long-haired kitty was first recognized as a specific cat breed in Maine (hence the name).

You can tell it’s well-suited for the northeastern state’s famous harsh winters due to its sturdy build and thick coat. 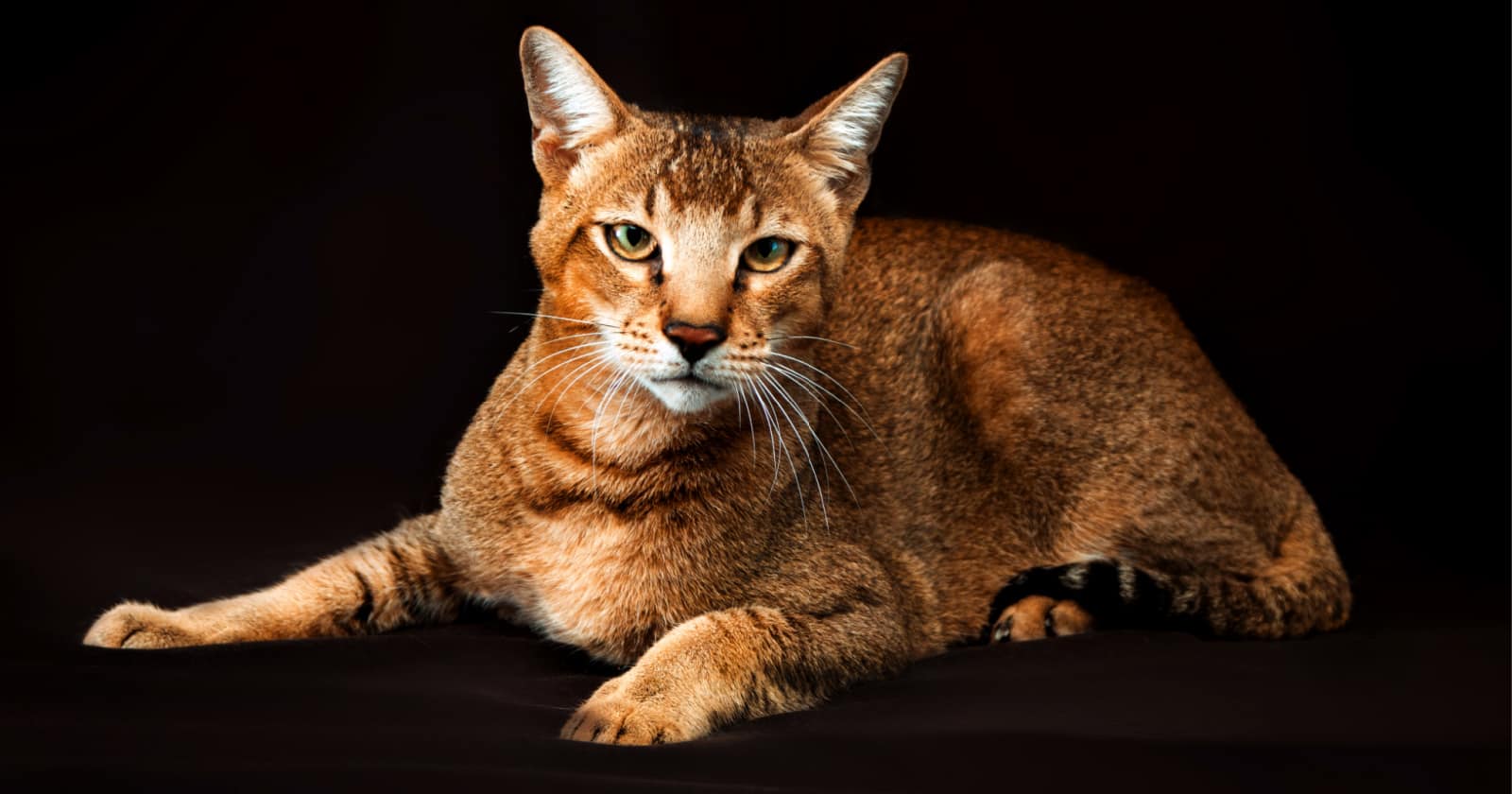 The Chausie cat’s resemblance to a mountain lion is exceptionally remarkable.

They arose by breeding a native South Asia and Nile Valley Jungle Cat (Felis chaus) with domesticated cat breeds like the Oriental Shorthair or the Abyssinian.

No wonder they have an overall “wild” look to them. When fully grown, your cat can weigh as much as 25 pounds.

This little creature is quite athletic, having a well-muscled body and long legs.

They even love water, an unusual trait among domestic cats. However, the breed isn’t meant for the average cat owner.

If you want a low-maintenance feline, Chausies are not for you. They are loving and quite playful, and need plenty of care and attention. 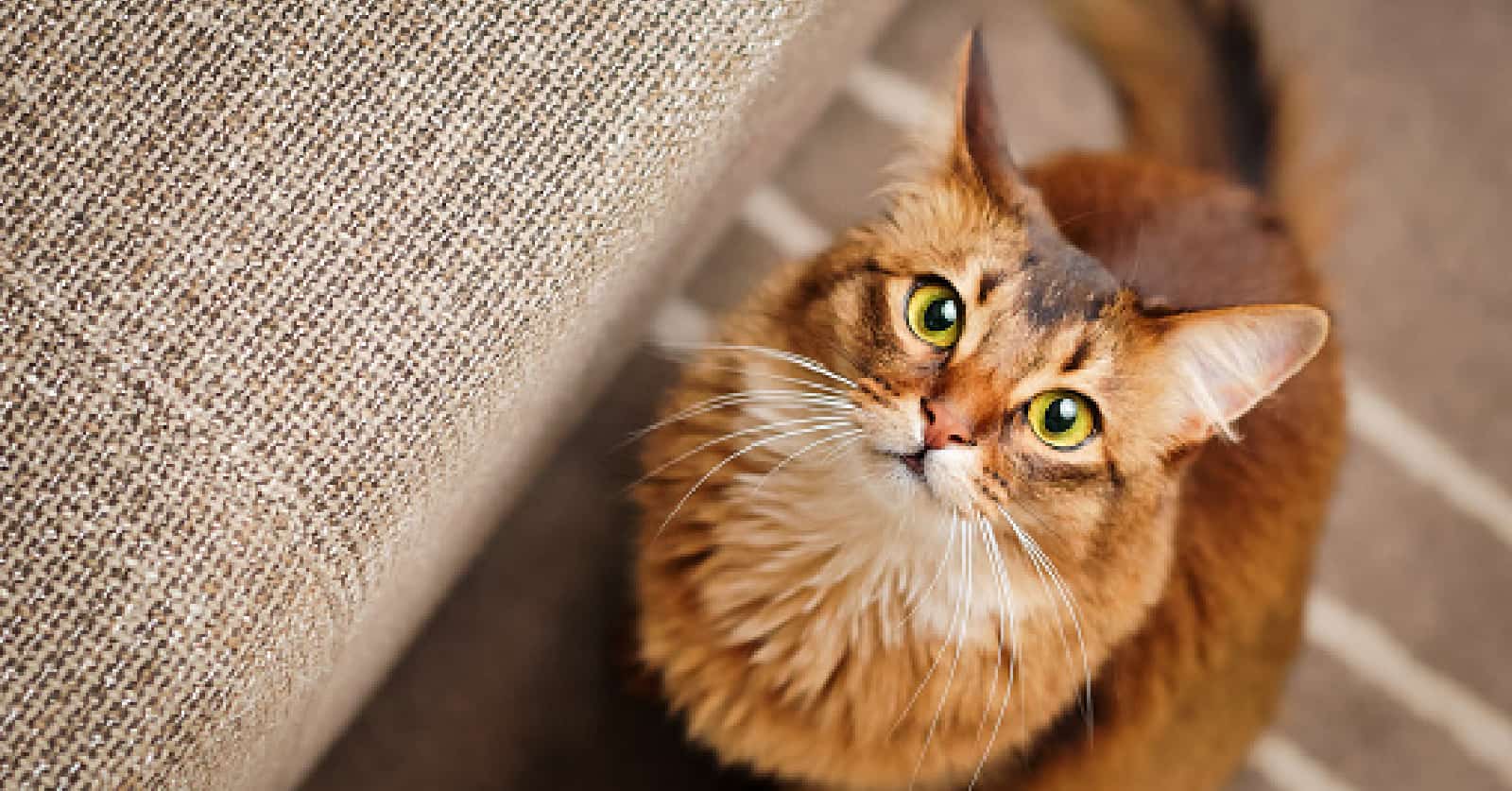 The Somali is another great alternative to the Abyssinian.

Somalis have the same personality and looks of Abyssinians, but they’re covered with long fur.

Aside from the difference in fur length, you get just the same high intelligence, drive, and energy.

Moreover, this breed has two look-a-likes in the animal world.

If you look at your pet from a certain angle, the bushy tail will give you an impression of a fluffy fox!

Looking at it from the front, you get the impression of a shaggy lion.

Along with cat breeds that look like a lion, you’ll also find cats looking like tigers, cheetahs, and even leopards. Let’s check out a few!

What About a Cat Breed That Looks Like a Tiger?

It’s not a coincidence since your house cat shares 95.6% of its DNA with tigers. Yes, 95.6 percent of your kitty is a tiger.

But don’t worry, it won’t turn into one since the closest ancestor that cats and tigers share lived 10.8 million years ago.

One breed that certainly looks a lot like tigers is the aptly named Toyger.

The Toyger is a cross between Bengal cats and Domestic Shorthair tabbies.

Obviously, he isn’t really as big as a tiger. He’s actually a medium-sized kitty.

However, it does have branching stripes just like tigers, complete with orange-and-black or brown coloration.

Best of all, the cat is perfect for families.

This feline’s outgoing and friendly personality is great even for families with small children. It’s also sweet and calm, meaning that it will also live peacefully with other pets in the home. 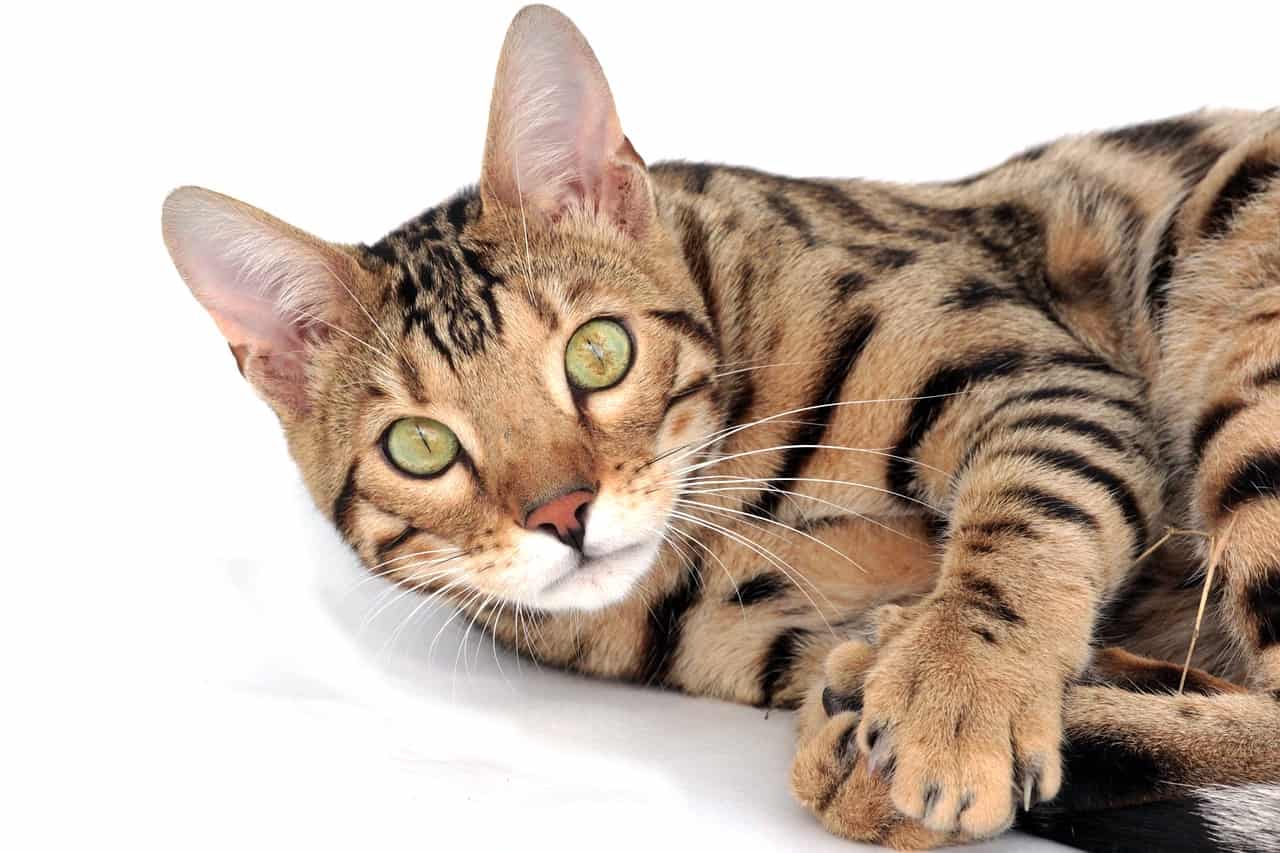 But how big do Bengals get? Well, they are medium-sized cats and weight roughly 8 to 15 pounds.

To identify this kitty, just check out these features:

Looking for a Cat That Looks Like a Cheetah Instead? 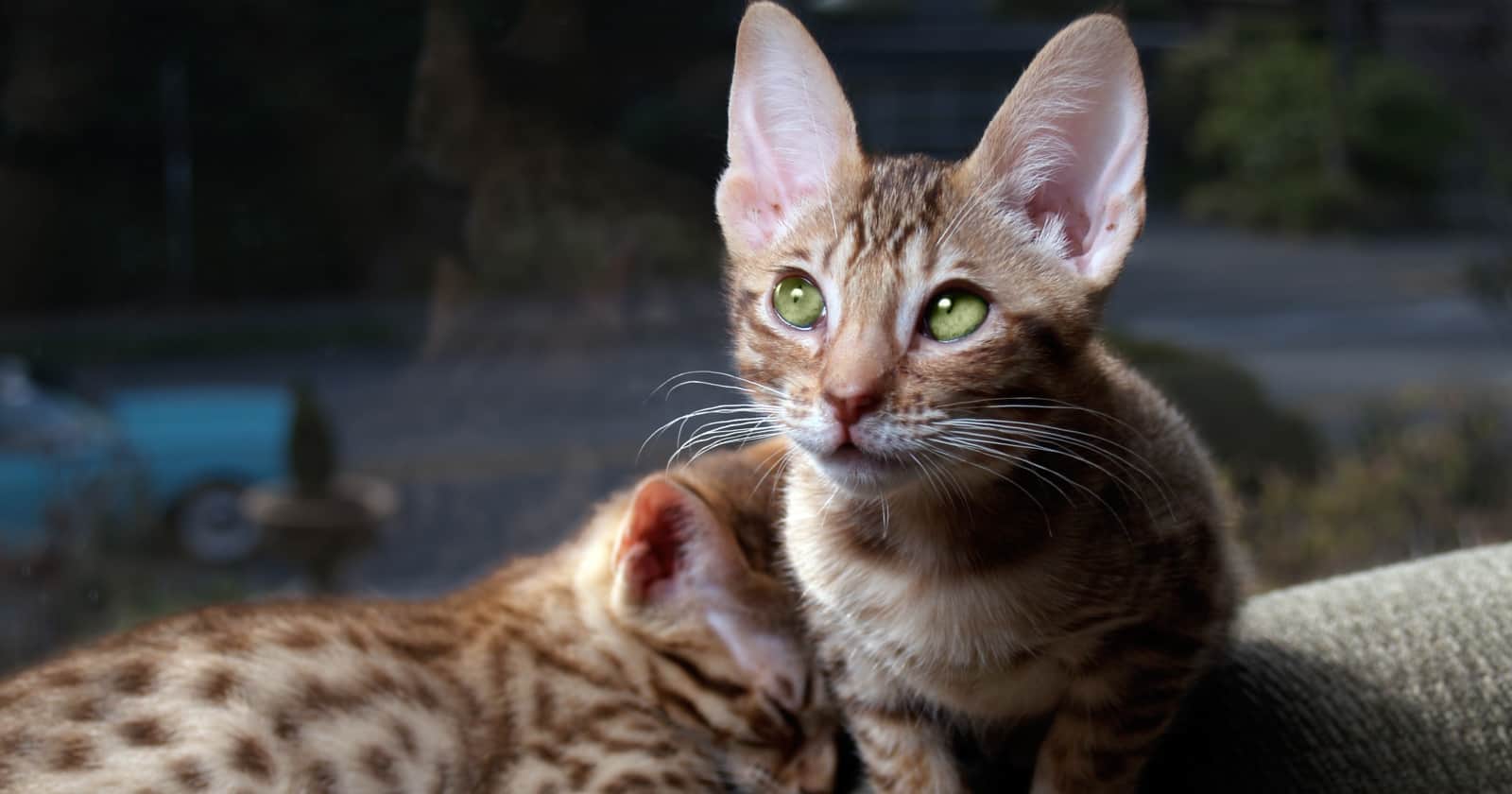 If you are looking for a cat that looks like a cheetah, your best bet is the Ocicat.

You get an Ocicat by crossbreeding a Siamese with an Abyssinian, which are crossbreeds themselves.

An Ocicat has spots all over and looks like a cheetah, but has a domestic animal’s qualities. And it doesn’t have any wild DNA in its gene pool.

Even when you don’t notice the cat’s spots, you can easily identify it by these features:

You should keep in mind that Ocicat’s are busy cats and well suited for family activities.

This is certainly one cat that would love to play and “talk” to you.

The feline world is filled with domestic cats that look just like lions, tigers, and cougars (oh my!).

After all, our beloved feline friends likely descended from the same common ancestor as their mightier counterparts!

So, if you dream of owning a big cat but deep down know that it’s just not ethical, these little guys make a great alternative!

What are your favorite cat breeds that look like a lion? How about tigers & other big cats? Share below!