Lap Cats are the Best: 5 Easy Steps to Get Your Kitty to Cuddle with You

Want your kitty to cuddle with you after a long day?

We’re sharing our favorite tips for how to get your cat to sit on your lap! 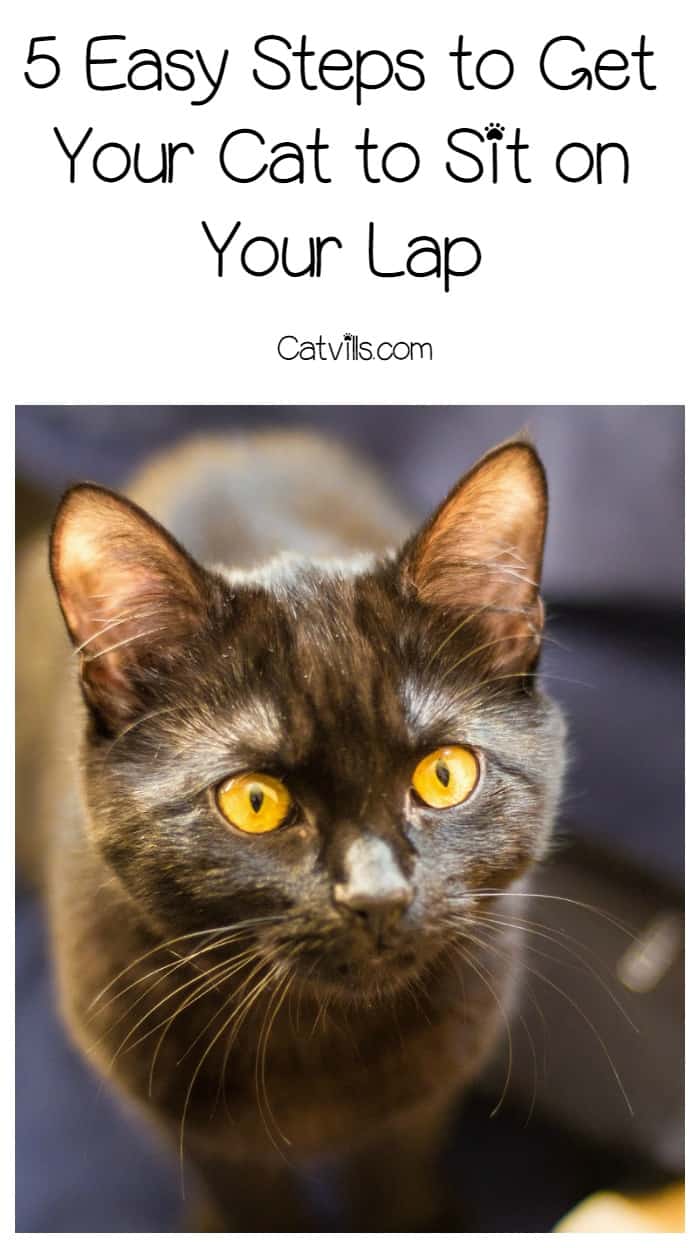 Lap cats are the best. It’s right there in the title.

There’s nothing better than a purring little pal snuggled up on your lap.

Not all cats are born lap loungers, however.

It just doesn’t come naturally to some.

You can, however, encourage them to make their way to your lap.

Read on to find out how!

Bringing Out Their Inner Lap Cats

While cats can be encouraged to be more friendly in a number of ways, it’s important to remember that heredity plays a big role in how friendly your cat will ever be.

This is just a small disclaimer at the outset so you’re not disappointed when your totally aloof cat doesn’t become your furry Siamese twin even after coaxing.

Early handling by humans – as early as 3 weeks – has been shown to produce friendlier, more social cats. In addition, cats who have friendly parents are more prone to being cuddlers.

However, if you haven’t raised your cat from the time they were born – and most of us haven’t – you won’t have had a chance to handle them early, and you won’t know their parentage.

That means, you’ll have to employ some tactics to get your cat all cuddly.

They feel threatened by sudden movements and loud voices. So move slowly around your cat to give him that sense of calm safety. Even if you’ve had your cat for a while, the new vibe will be appreciated. 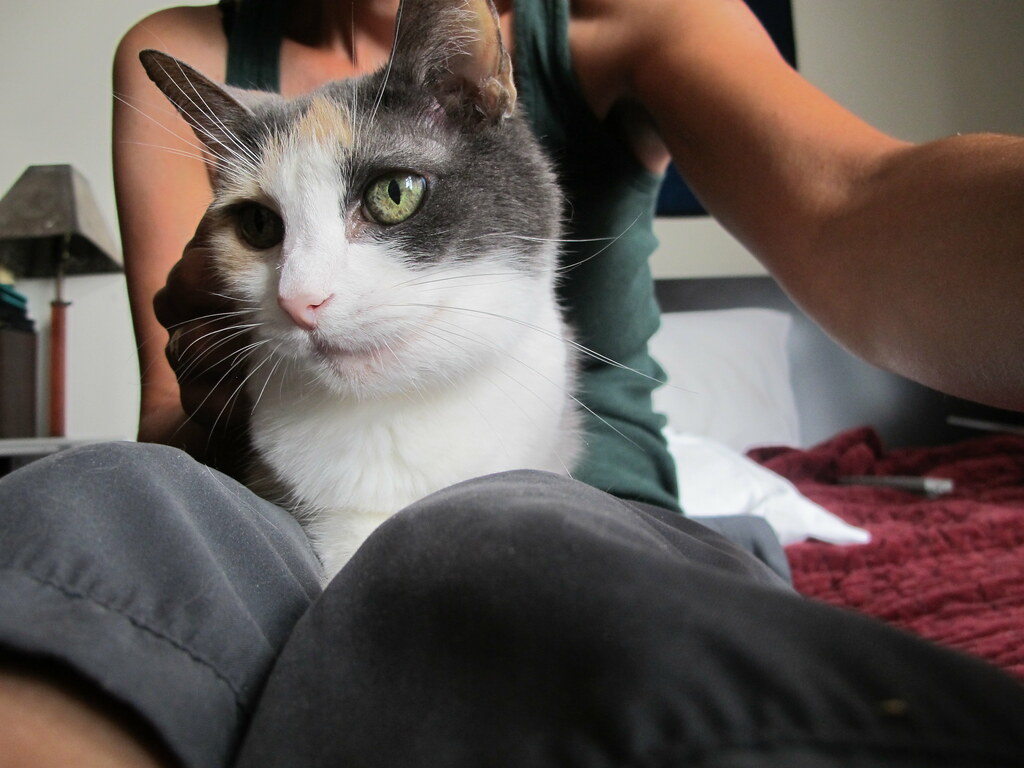 It’s unclear why, but staring isn’t something cats will put up with. Don’t make long term eye contact. Instead, slowly blink at your cat. It’s kind of like the human equivalent of a wink or a kiss.

Those “where to pet your cat” memes on the internet aren’t lying. Most cats have no fly zones when it comes to petting.

They love to be scratched between the ears, under the chin, or between their eyes. They also enjoy a nice gentle stroke along the spine.

That’s about it for most cats.

The majority of cats don’t want belly rubs, and they don’t want to be touched at the base of their tails.

Belly rubs make them feel vulnerable, and the area at the bast of the tail gets into glandular territory that they do not want their people messing with. So stay out of the no no areas.

Getting your cat used to extra handling and possibly getting some snuggle time can also be achieved through brushing.

Unlike dogs, who generally don’t like to be brushed, most cats are totally into it.

Gently and slowly brush your cat WITH the grain of his fur – that’s important. As you brush talk to him in a soft soothing voice.

5- Lap Cats can be Bought

We’re talking about cats, so it should come as no surprise to any cat owner that they can be bribed.

Keep a supply of extra delicious cat treats on hand to entice your cat into your lap. Just be prepared, as the most appealing cat treats are generally the stinkiest. 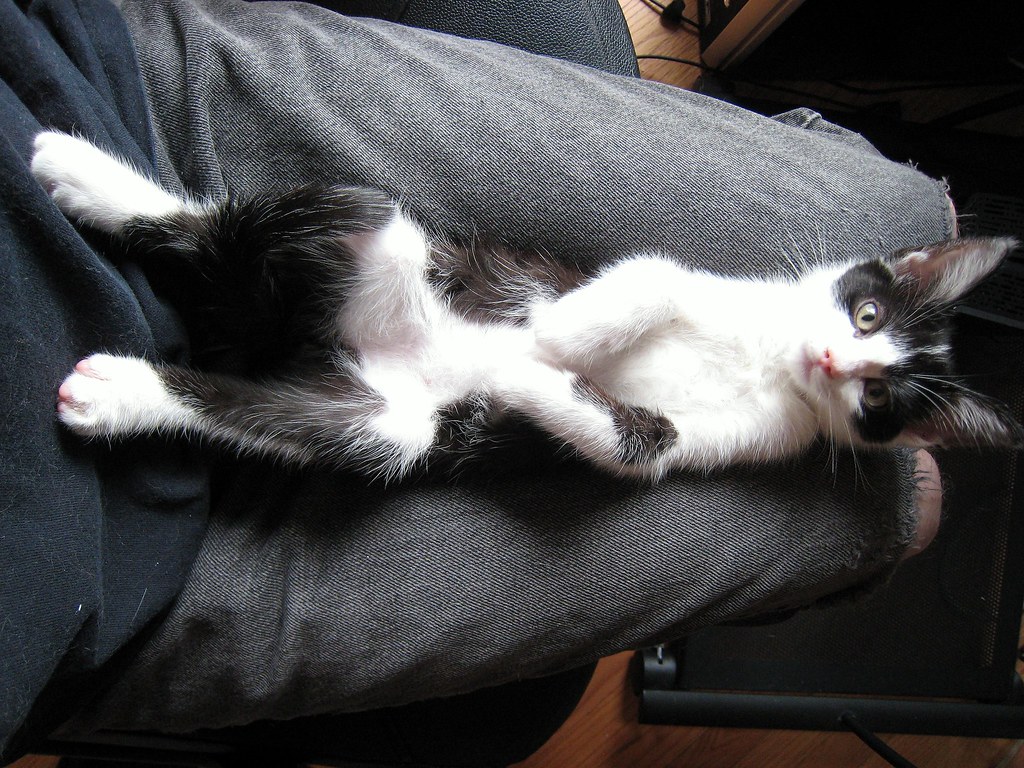 Lap Cats are Both Born and Made

BUT they’re made to varying degrees. No matter how much work you put in, if you have a cat that generally only looks your way for food, then you may not get the uber cuddle bug you’re after.

You might, however, get a cat that will allow you to pet him from time to time.

By the same token, if your cat is already generally friendly, you might produce one of those lap cats that are bonded at the hip with their owner. Which is, of course, super fun.

One last note on bringing out the inner lap cats in our felines.

Don’t force it. Don’t rush it. Studies have shown that cats who allow themselves to be petted when they really don’t want it are more stressed than cats who simply will not allow the petting.

So bust out the treats, do the grooming – do everything in this post – but don’t force the petting.

Only pet your cat when he’s into it.

That will ensure a better bond for both of you.

Do you have a lap cat? How do you entice your kitty to come snuggle with you? Share below!