Everything You Need to Know About Tabby Cats 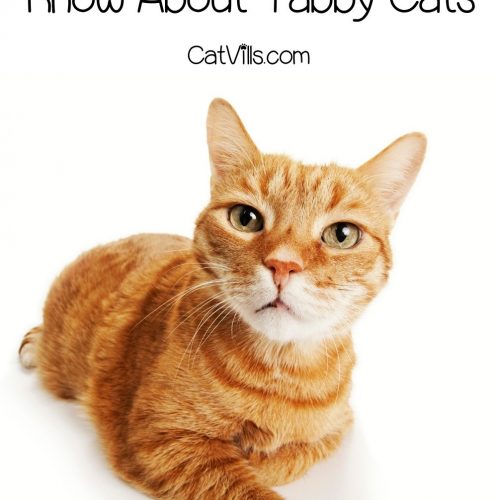 A tabby cat’s personality is just as alluring as its coat.

These felines have mastered the art of carving their home in a human’s heart.

If you are curious about their personality and everything related to a tabby, this article is for you!

One of the most legendary cats in the history of cats is a Tabby.

You may think that tabby is a distinct cat breed like Main Coon or Persian cats, rather it is a unique coat pattern that sets these cats apart.

The coat is oftentimes in stripes, whorls, swirls, dots, broken stripes, and dashes.

The presence of the tabby gene in various cat breeds across the world makes Tabbies the most common cats. You can easily spot a stray Tabby taking a stroll down the block.

One of your friend’s lazy cats could easily have a tabby coat, or your colleague’s daughter may have received a tabby kitten as her birthday present. The point is Tabbies are everywhere!

If you wonder what makes these cats so omnipresent? The answer is hidden in the origin of tabby cats, which goes right back to their distant relatives the big cats.

Today, the tabby gene is one of the prominent resemblances between these predators and our domesticated felines. However, the many legends related to them partially justify their roots.

While tabbies are found in many cat breeds despite their size, shape, origin, etc. the name tabby is the contribution of a certain type of silk from the middle-east.

All these cats have common “M” facial markings that confirm them as tabbies. The marvelous “M” mark on their forehead, above their eyes, is a symbolic representation of the presence of the tabby gene.

However, three famous legends are justifying the “M” mark on tabbies and their presence worldwide.

We all know that tabby cats have existed forever and hence these legends have distinct origins.

Despite being a common gene in many breeds tabby coats have a distinct pattern. We can distinguish the physical characteristics of a Tabby cat based on its coat style.

Classic tabbies often have stripes of varying lengths on their body and foreheads. These cats often have darker stripes surrounded by a lighter-colored base coat.

These swirly stripes are quite random. Classic tabby is also called a blotched tabby or marbled cat (due to its resemblance to marble cake). This kind of tabby is extremely common and is found extensively in major cat breeds.

Spotted Tabbies have a face full of strips and the famous M mark, but the rest of their body is full of spots. At a glance, it seems like this cat has stolen the face of a classic tabby and attached it to the body of a little Cheeta.

Nevertheless, these cats are extremely cute with circular and oval spots all over its body. The classic examples of a spotted tabby cat are Ocicats and American Bobtails.

Ticked Tabbies are the unique type of tabbies as they lack the stereotypical features of a tabby cat.

Yes! They do have the classic mark on their forehead. Sometimes they even have darker colored strips on their face, but the rest of their body has a plain solid-colored coat.

Or so we think! On inspecting, we often see their agouti hair have the light and dark banding standard to Tabbies. Ticked Tabbies are also famous as Abyssinian or Agouti Tabbies.

It’s fascinating to know that a cat is named after a fish! But there is sound reasoning behind the naming. If you take a clean look at the coat of these tabbies, you will find a solid dark band of fur running down its spine.

The rest of the strips are branched off from this central band. This striped pattern looks like the skeleton of a fish hence the name.

The common name for these tabbies is Tiger-Cats!

Did you know? A red or orange cat breed is always a Tabby. Yes! The reason lies in the genes of these cats.

And how can we miss the most well-known example of an orange tabby, the Garfield!

Whenever a tabby cat is mentioned, most people picture a brown tabby. It’s one of the most common tabby cats.

With mostly solid brown paws and ears, these cats have nearly black or tan strips on their body and face, over cream or light-colored fur.

If you have seen a stray tabby it’s mostly a brown tabby!

Tortoiseshell cats are extremely beautiful to look at. With a mix of red and brown fur patches all over their face and body, their tabby markings are strong on their face and legs.

They do have tabby markings on the body, which are often hidden beneath the shades of the coat.

Did you know the word Calico refers to a color pattern in cats rather than a separate breed? A cat having tri-colored fur along with a tabby marked forehead is a Calico Tabby.

Generally, these cats have three colors white, orange and black with their Calico spots and tabby stripes.

The personality of a Tabby cat is frequently highlighted in many movies. True to the characters, these little tigers have varying personalities.

Mostly, the personality of a tabby is shaped by its surrounding, its humans, and its upbringing.

Although the tabby pattern can be seen in both pure bread and mixed bread cats, a large part of their personality depends on the breed of tabby.

To understand their personalities in detail, let’s take a look at the tabby cat personality traits of some breeds with tabby markings.

Extremely energetic! If you have an Abyssinian tabby, you know your couch, bed, and cautions are in a jeopardy. Yes! These felines love to scratch, play, climb, run and be hyperactive.

Moreover, they have extremely curious personalities. So, it’s best to invest in some sustainable cat toys to drain these furry animals on daily basis.

Maine Coon are one of the largest domesticated cats. These fluffy giants adore kids and any interaction with their humans. They are attention seekers, and their friendly personality often gets them in the spotlight.

These double-coated cats are extremely gentle despite their above-average size. If you wish to adopt a tabby, get yourself a Maine Coon!

One of the most expensive cat breeds, Ocicat is a result of careful and selective breeding. These felines look literally like tiger cubs. However, looks are deceiving in the case of this kitty.

As it’s domestic and possesses not a single violent trait of its look-a-like big cat. This cat has spotted tabby markings and would love to accompany you on a picnic or a walk around the block.

It can be easily trained and known to be extremely intelligent. This tabby is one of a kind!

Domestic Shorthair is one of the most adorable cats. True to their name they do have short hair coats and varying tabby markings. A cat with all the hidden qualities to be a perfect pet.

These are some of the most common types of Tabbies. Their personality, however, varies depending on whether they are pure bread or mixed bread.

This comparatively new breed of cats is named after their curly ears. These kitties have a great time socializing however, they do not demand excess attention and are just fine by themselves. They enjoy playing but are not overly active. This cat is suitable for busy pet parents.

American Shorthair is the most classic example of tabbies. These cats much like the American curl loves to balance affection and solitude. They do not particularly enjoy being touched by strangers but are still friendly and curious from a distance. However, their humans get to experience their lovable side as these felines won’t mind taking a nap in your lap.

If you are a full-time cat person and love an interactive feline pet, get an Oriental. These cats have colorful coats and are high-maintenance. Apart from being extremely vocal these cats thrive on attention and won’t mind being your constant companion!

Honestly, these cats have been domesticated for centuries, as a result, they know how to interact with humans and other animals.

If you have a pet tabby, chances are it’s great with guests, your kids, and other pets be it a cat, dog, bird, or fish.

Generally, tabbies are friendly and out-going, they make up the best pets. A Tabby loves to explore, and takes its playtime quite seriously!

So, if you are planning to adopt a tabby keep in mind that these intelligent kitties will demand time, attention, and affection to their heart’s content.

Sometimes these kitties are a bit moody and prone to favor one person over the other. To, slide into their list of favorites, show some much-needed love and offer a bowl full of delicious cat food and you will easily get there!

Back in the day’s tabbies had a unique relationship with humans. Humans could offer constant food, warmth, shelter, and affection in exchange for the protection of granaries.

Although, today tabbies do not have anything to protect their bond with the humans remains!

Cats are known worldwide to take great care of themselves, but we as pet lovers, love to pamper and care for our pets.

Tabby cats may have an independent exterior most of the time, it’s still important to know some basic things about their health and grooming as a pet owner.

Even though the health of a Tabby cat greatly depends on its breed, some of the most common health problems faced by tabbies are hyperthyroidism, vomiting, urinary trouble, upset stomach, and weight loss.

On average a tabby lives up to 15 years. However, for your pet to cross this average age bar regular Vet visits are necessary.

Also, follow the diet recommendations provided by the vet as tabbies are prone to overeating. Regular walks and sufficient playtime are enough for your pet tabby to lead a healthy life.

Tabbies are extremely clean cats as they look after their own grooming. Nevertheless, these self-sufficient cats need to be brushed regularly especially during the shedding season.

We know you have fallen in love with these furry felines by now, and chances are there is at least one out there waiting for your attention.

Furthermore, these kitties have striking and unique personalities, so you can always find one that fits right in your family.

Lastly, which is your favorite tabby cat?

Do you have tabby cats? What’s their personality that you love the most? Please share with us below!