Pheromone Facts: How Far Away Can a Male Cat Find a Female Cat in Heat?

I recently came across a question about pheromones from someone looking to get a female cat.

She asked “Is it true that, if I get a female cat, there will be many male cats in my rooftop?”

I don’t know about you, but the visual image I get of that happening is pretty funny!

In all seriousness, pheromones are no joke, and they can cause male cats to do some serious prowling.

Let’s talk a bit about what they are and just how far away a male cat can “sense” them! 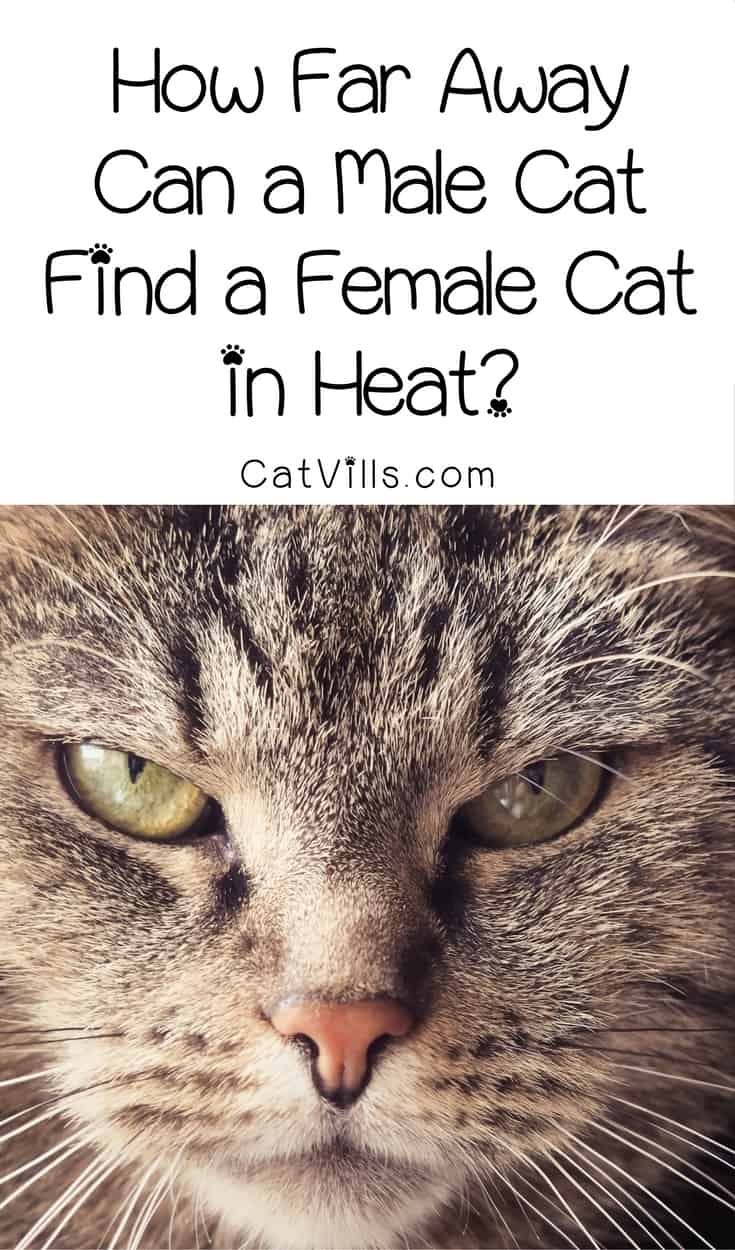 Pheromone Facts: How they work in female cats

Medicalnewstoday.com tells us that a pheromone is “a chemical an animal produces which changes the behavior of another animal of the same species.”

The article goes on to say that pheromones are not only linked to sexual arousal – they also trigger behaviors like alarm, respect of territory, and bonding between mother and baby.

Let’s talk a bit about how they apply to cats.

How do pheromones apply to cats?

Cats have an incredible sense of smell and pheromones are like their road map.

As mentioned above, pheromones don’t just say, “hey, I’m in heat, come and get me!” They actually play a few important roles. Let’s take a closer look, shall we?

Since you’re here to learn mostly about this purpose of pheromones, it’s a good place to start.

Females put out certain chemicals when they’re in heat. This acts as a signal to male cats that she’s ready to mate.

If she’s successful in getting pregnant, she stops sending out signals. Likewise, if the cat is spayed, she will never send out mating signals again.

Okay, so your cat’s pheromones don’t exactly provide ALL of that information, but both male and females spray pheromones that tell other cats their location and gender.

Male cats’ “spray” also tells other males where he ranks in the kitty hierarchy.

We have a male feral in our area that apparently ranks very high because all the other boys leave during mating season to give him free reign.

The pheromones in a mama cat’s milk not only help calm kittens, but provide a road map to help them find her if they get separated.

mimic this chemical, which in turn may help calm a crazy kitty.

As you can see, pheromones are important to all aspects of your cats’ life. They’re especially vital to outdoor or feral cats!

Now, let’s discuss what happens when your cat is in heat.

Facts about Cats in Heat 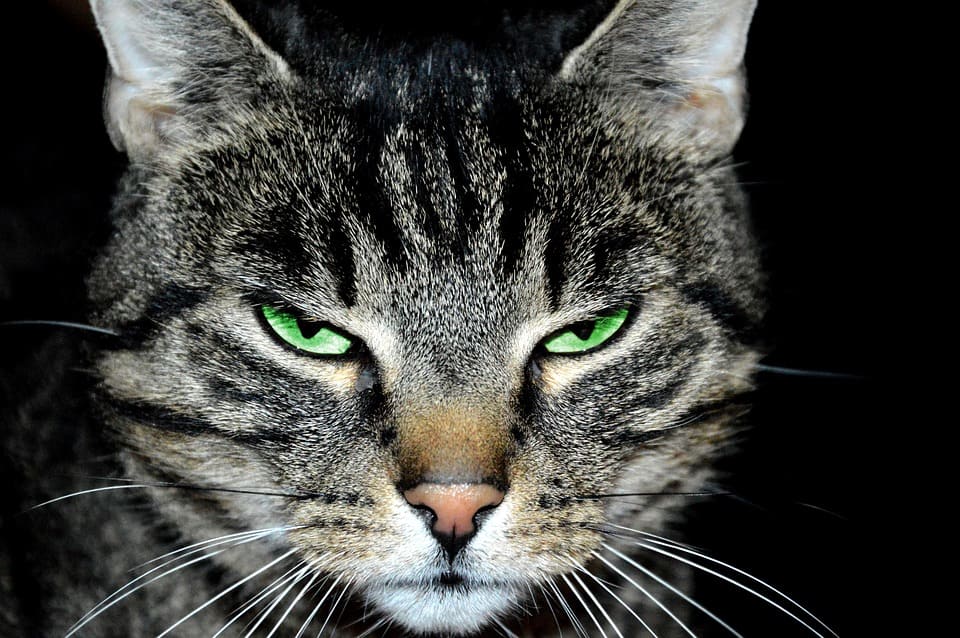 Female cats reach maturity around 6 months (varies from cat to cat), and at this point, their “heat” or estrus cycles begin.

During each breeding season (which varies according to geography and environment – an indoor cat’s breeding cycle could be year-round!), a cat goes into estrus several times.

They are “in heat” for 1-7 days, and if mating doesn’t occur, they will go “out of heat” for 1-2 weeks before the cycle begins again.

During this time, male cats as young as 4 months will likely show up at your house and try to get in to the female.

As for how far they’ll travel, there isn’t an exact number of miles, but some say cats will come from as far as 1-2 miles away.

How can you avoid male cats on your roof?

The only surefire way to avoid male cats coming around during a female cat’s heat cycle is to have a vet perform a spay surgery.

During my mother’s childhood, they had a cat who always managed to sneak out and get pregnant while she was in heat.

Keep in mind that this was long before spaying was really encouraged.

Over the course of the cat’s life, she had hundreds of kittens that my grandparents had to find homes for.

That seems like an awful lot of work! Keeping a cat in heat away from other cats is not easy, and the only certain way to avoid pregnancy is surgical sterilization.

Now that you have some background on how pheromones affect behavior in cats, do some of the things they do make a little more sense? If you have an unaltered female cat, do you notice neighborhood tomcats coming around when she’s in heat? What ways have you found to deter them? We’d love to hear about it!