Smarty Cats: What Brilliant Acts Are Cats Capable Of? What is the smartest thing your cat has ever done?

Cats are wonderful pets – they are loving and friendly, but they also tend to be independent and relatively self-sufficient.

Many cats also are pretty darn brilliant, and it’s fun to compare notes on the great ways our cats show us smart they really can be.

Here are some of the top “smarty cats” the Internet has to offer. Enjoy! 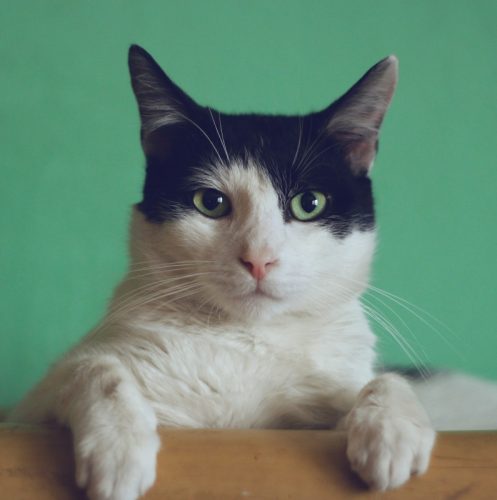 The Smartest Thing Your Cat Has Ever Done

A cat named Bear didn’t much like his owner’s alarm clock, so he would bat the button and turn it off before it went off.

But he wasn’t aiming to help his owner get more shut-eye. At 7 a.m. – breakfast time – he would bat his owner in the face to make sure she knew it was time to get up and feed him.

How’s that for a rude awakening?!

Missy had recently been adopted into a family with a 3-year-old girl with special needs who was non-verbal.

Respecting the other cat of the house, she steered clear of the parents’ bedroom at nighttime, with the exception of one critical night. Missy stood outside of the bedroom, loudly meowing until the mother woke up. She then immediately ran down the hall to the little girl’s bedroom, looking back at each corner to make sure the mom was still following her.

Upon arriving at the little girl’s room, the mother found her daughter wheezing and in respiratory distress. After a trip to the emergency room, the little girl was fine. Missy apparently took her new family duties very seriously!

It seems quite a few cats are not impressed with being left behind closed doors or being denied access to certain rooms.

So, the clever little minxes they are, they simply open the door by grabbing the handle and applying their weight until the door opens. If you have a doorknob kitty and don’t think this is such a cute behavior, try changing from lever doorknobs to round ones.

Now that said, if your cat manages to open a round doorknob, watch out – he’s probably plotting to take over… 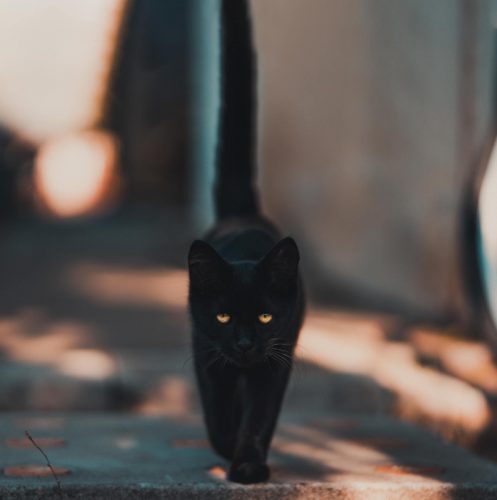 Ginger, a neighbor cat, came over on a regular basis to visit the cat of the house, Ziggy.

Ginger was friendly to the human housefolk, but he was more interested in pal-ing around with Ziggy.

One night, Ginger was mewing outside of the bedroom window of Ziggy’s house, and after waking the humans, deposited a very tiny stray kitten on their doorstep for them to care for. He seemed to know that these particular humans would take care of this little kitten, and they eventually helped him find a loving home.

There are plenty of stories out there about cats being capable of toilet training. If you ask me, that is an incredibly intelligent capability! J

ust think – no more buying litter, no litter box odors, no soiled paws tracking germs through your house. Cats are very clean creatures, so toilet-training, while not for every cat, does appeal to their natural preferences.

These stories are just a small sampling of the intelligent feats of the cats we love. Share with us the smartest thing your cat has ever done!