What Are the Best Cat Breeds? (For Your Lifestyle)

The answer always depends on who you’re talking to and what needs they have.

When it comes to adopting a cat, the best breed for you may not be the best one for me.

To answer the question, first we’ll look at the “best” breeds in terms of the most popular.

Then, we’ll break it down into lifestyles and needs to determine the perfect cat for YOU. 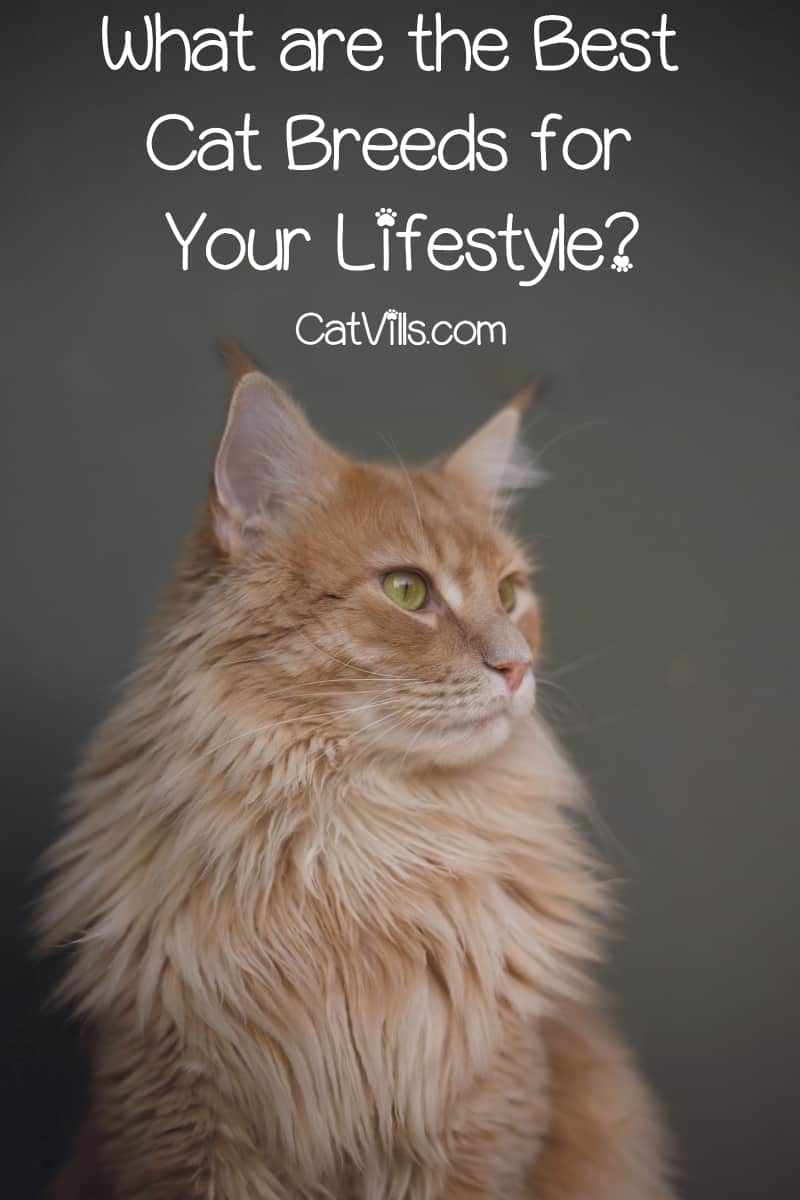 The top 10 most popular cat breeds vary a bit depending on which list you read, but these kitties appear the most often across the board.

I’m not going to get into descriptions of the breeds yet. We’ll talk more about them below.

Other cats, like the Birman, Himalayan, and so on, show up on the “top” lists, but these guys seem to appear the most consistently.

READ MORE: All About the Napoleon Cat Breed 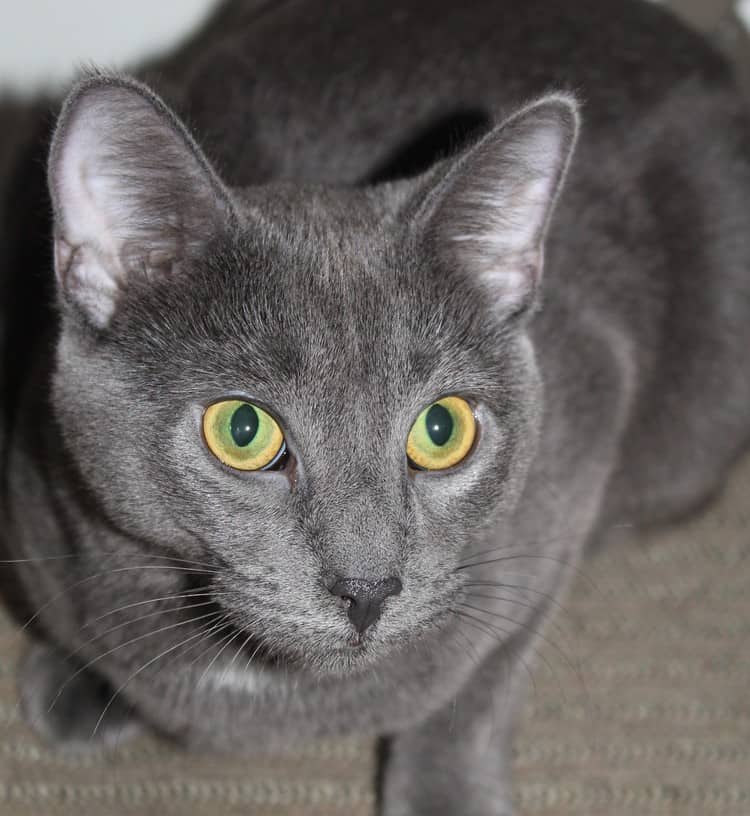 We have three cats right now. Willow (not pictured) is definitely an American Shorthair. Zoe looks like a cross between a shorthair and a Russian Blue. 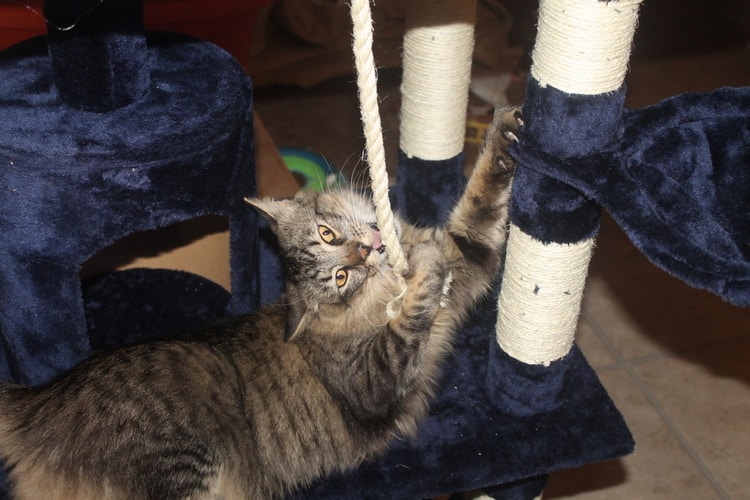 Alex (pictured above), well, he’s in a class all his own! His mother (a local feral) was an American Shorthair, but he has long hair and some Maine Coon features.

The Maine Coon is actually my personal dream cat! Now, let’s read on to find the perfect breed for you.

What are the Best Cat Breeds for You?

The best way to answer this question is by breaking it down into the most common categories based on lifestyle, health issues (such as allergies), and other needs/wants.

Let’s start with ages and life stages, then we’ll move into lifestyles and health needs.

The best cat often depends on your age and stage of life.

For example, if you have kids, you want a cat that can tolerate a whole lot of lovin’ and a little rough play (although you should teach your kids to respect the cat).

While a single person just starting on their life journey may need an independent cat, a senior citizen may want a “lap cat.”

Read on for the best breeds for different ages and stages.

READ MORE: What Color Eyes Do Black Cats Have?

A few cats fit into the “best breeds for kids” category, but my top pick is the Maine Coon.

The “gentle giants” of the cat world get along well with just about everyone, including kids.

Their larger size and perpetual kitten-like personality make them a good choice even for younger children. 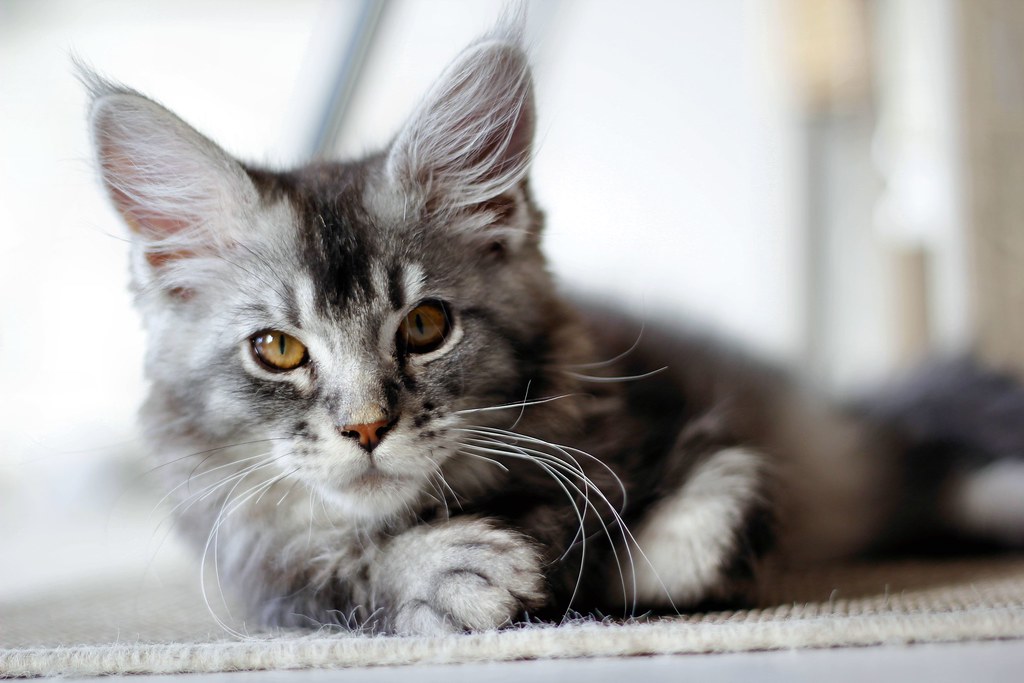 Other good choices include:

Just make sure you teach your child not to pull on kitty’s fur or tail. Even the most tolerant cat can only take so much of that!

If you’re just starting your life journey (that sounds way more new age than I intended, but you know what I mean), an independent cat may be the best option for you.

My top choice is the Russian Blue. Zoe is incredibly independent. Don’t get me wrong, she loves her nightly cuddle sessions, but during the day she is content to do her own thing.

Blues are incredibly smart, too, so you can show them how to do something once and they’ll know it for life.

Sometimes, they’re a little too smart! Zoe knows which cabinet the treats are hidden in, and she’ll stand there and pick at the door trying to open it.

Other good independent cat choices include:

If you want a relaxed lap cat, you can’t go wrong with the Ragdoll. He’s about as laid back as they get.

At the same time, he loves his people and will even follow them around trying to “help” out, according to Cat World. 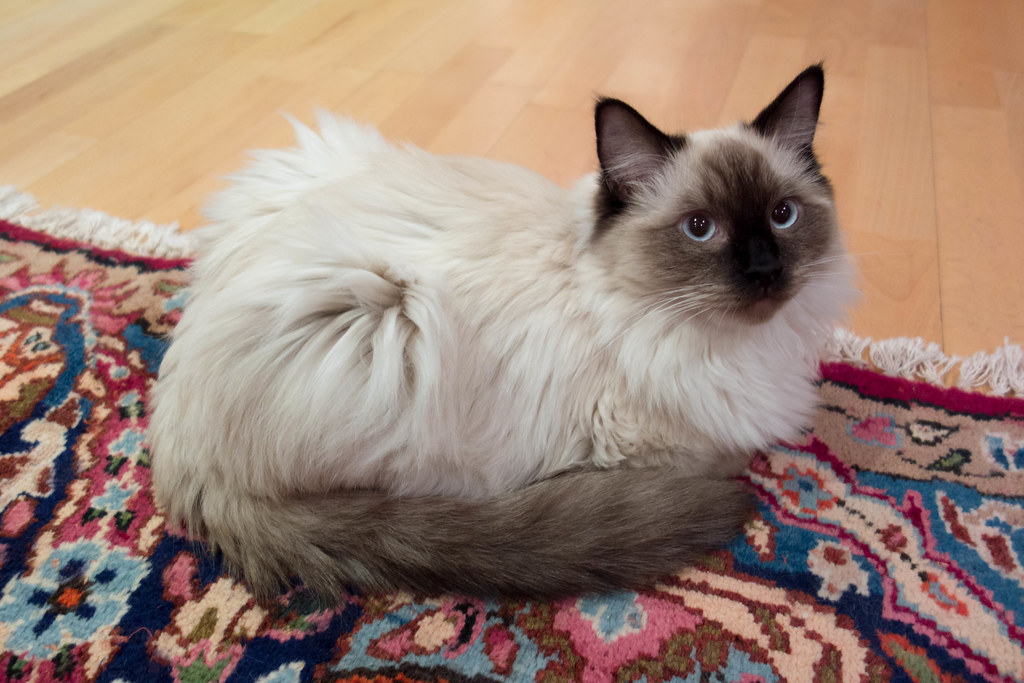 Other good choices for seniors:

Moving on from ages and stages, the next section will delve into the best cats to fit your lifestyle.

Choosing the Best Cat Breeds for Your Lifestyle

When you’re looking for the best cat breeds, it’s super important to take your lifestyle into account.

You don’t want to get a super clingy and needy cat if you work all day. You also don’t want a cat that needs a lot of space if you live in an apartment.

Read on for the best choices depending on your lifestyle.

If you crave a life of adventure both in and outside the home, you’ll want a cat that can keep up!

In that case, turn to the Japanese Bobtail! These gorgeous kitties LOVE to play!

In fact, it’s not uncommon to see them carrying around their toys in the hopes that someone will engage in a game of fetch with them.

They’re even know to run feline agility courses in under 10 seconds, according to Cat Fanciers’ Association.

Other great choices for active families include:

Best Breed for Families with Dogs

While most cats can be taught to get along with dogs (and vice-versa) if they’re brought up together, some just inherently get along better with them

Related: How to Get Two Cats To Get Along

Again, the Maine Coon is probably your best bet. They don’t just get along with dogs, they often act like one themselves! 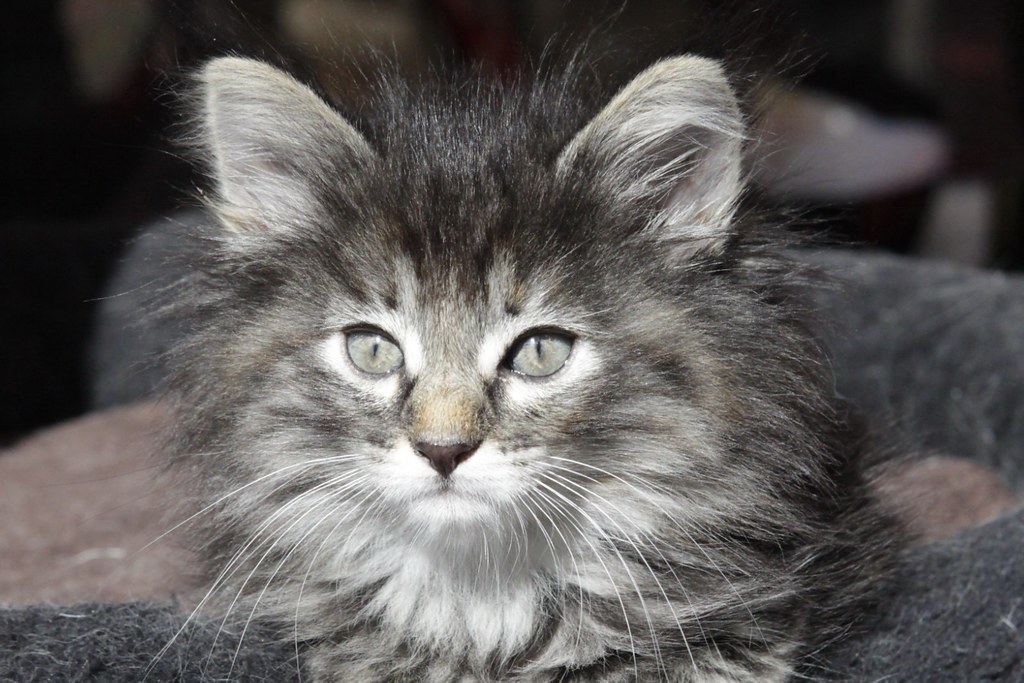 A cat is a natural choice for those living in apartments since they don’t really need to go outside (they may WANT to, but it’s better for them to stay indoors).

Still, some are better suited to small spaces than others. If you have a tiny apartment or house, consider the Munchkin cat.

While these kitties are fairly active, as the name implies, they are smaller than the average cat (as least in the legs). 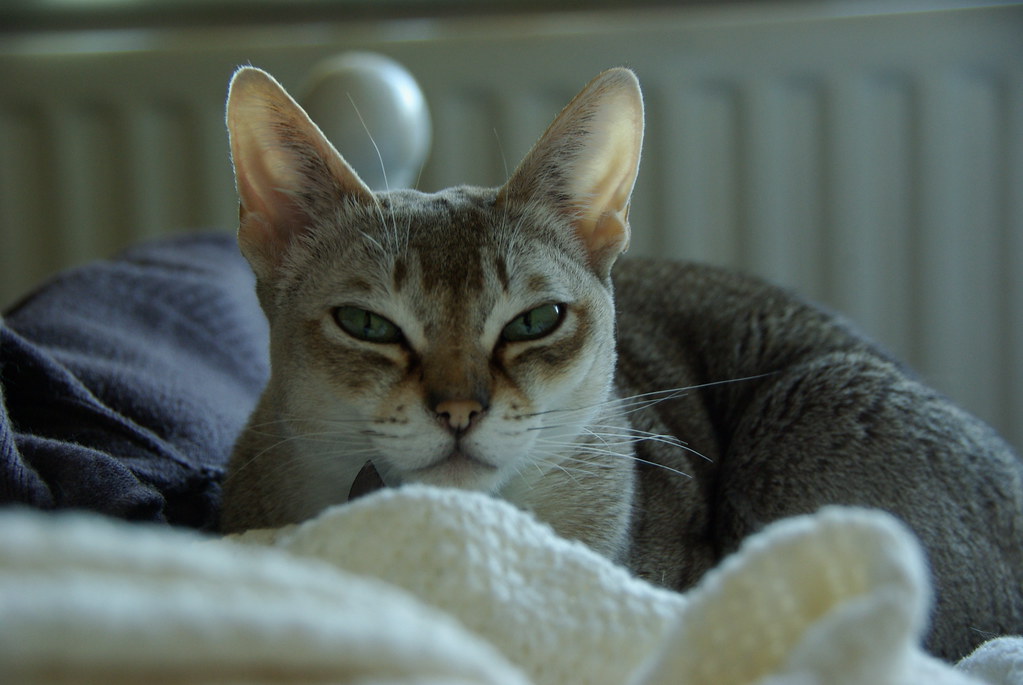 If the ethical concerns of Munchkin cat breeding bothers you (I have to admit, it does bother me quite a bit), other great naturally small cats include:

If you work and play outside the home quite a bit, you’ll want a cat that can handle a whole lot of independence. Along with the Russian Blue mentioned above, the Ocicat is a great choice.

These kitties are loyal and loving, but they’re also content to just do their own thing without you. 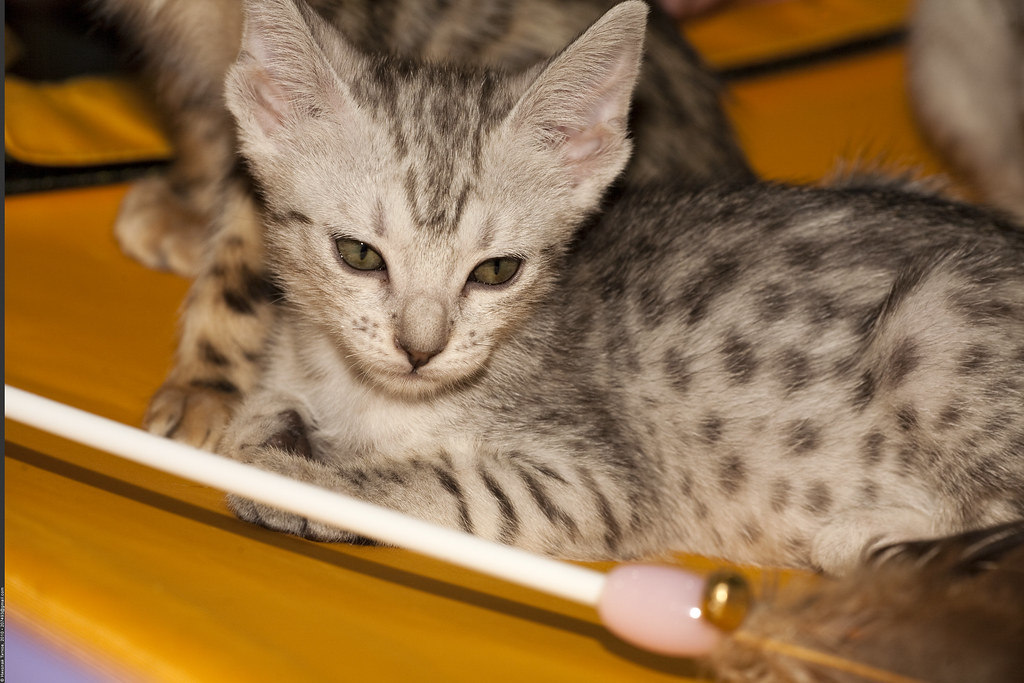 The rather unique breed looks very much like a wild cat, but don’t worry, it doesn’t have any wild DNA in it. I’m a big proponent of leaving wild cats in the wild, which is why I mention this.

Best Cats Based on Health Needs

From allergies to emotions, your health needs will also play a huge role in choosing the perfect cat.

There’s no question about it, the Sphynx is the best cat for people with allergies. It’s as close to hairless as cats get. 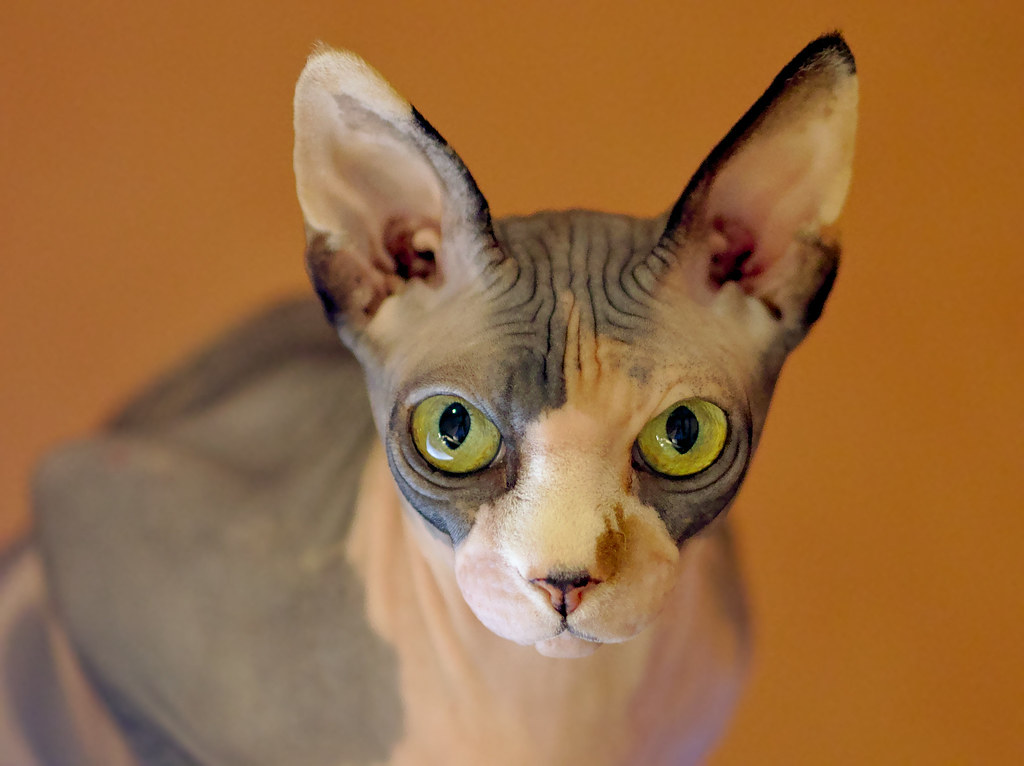 I absolutely adore them and think they’re beautiful. However, I know that not everyone feels the same. If you prefer a furrier cat, try the Balinese.

This breed is just as furry as other cats but produces less of the protein that triggers allergies.

While most people think of dogs as being the best pet for autistic kids, researcher Gretchen Carlisle of a program called Feline Friends says that’s not always the case.

She found that just about any pet can improve their lives, including cats. The key, though, is finding the right cat.

Unlike other “best breeds for…” on this list, it doesn’t come down to a single cat breed, but rather the personality of individual cats.

It’s better to go with an organization like Feline Friends and get matched to the perfect cat, regardless of breed.

However, if you want to try picking out one on your own, try one of these relatively calm breeds:

The best emotional support cat is one that doesn’t mind giving you a cuddle when you need it, yet at the same time knows when to give you some space.

The American Shorthair is a popular choice here. Like the Maine Coon, they’re all-around great cats with wonderful personalities. 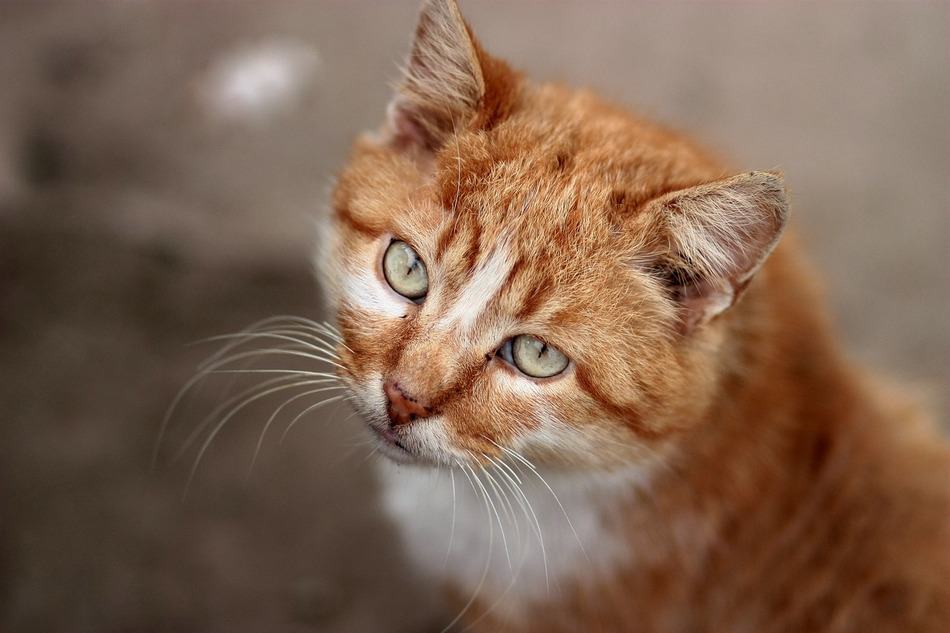 Plus, as the most common cat in the US, there are a lot waiting for forever homes. Basically, they need you as much as you need them.

Other good options include:

One thing to keep in mind, every single cat has its own personality. While overall breed traits help determine the best for your needs, it’s not an exact science.

Before you adopt a cat, try spending a little time with him at the shelter or foster home. That way, you can get a basic idea if your personalities mesh.

What are the best cat breeds in your opinion! Tell me below!

Nicole is one of the writers here on CatVills. She’s been a cat lover most of her life and-at one point- counted five felines as part of her family. Today, she’s proud cat mom to two indoor kitties and caregiver for a slew of ferals.

Find her on Linkedin. Read her latest articles.