Why Do Cats Hiss at New Kittens?

Are you wondering why cats hiss at new kittens?

You might if you’ve just brought a new kitten home and your mellow cat suddenly turns into a hissing machine.

Well, you’re lucky because today we’re going to unravel the mystery behind this cat behavior.

Read on to find the answer!

Curious about this? Where do cats hide their kittens outside

Why do cats hiss at new kittens?

For example, my neighbors had a kitten that started coming to my house.

My neighbor was not happy about it, but the little one was very stubborn and practically invited itself into my home.

I named her Tabby, for obvious reasons, and we agreed to co-own her.

Ronnie was not happy about Tabby and kept her distance as much as possible.

However, whenever they crossed paths by chance, Ronnie would start hissing at the small kitten.

Do you want to why?

Keep reading to find out. 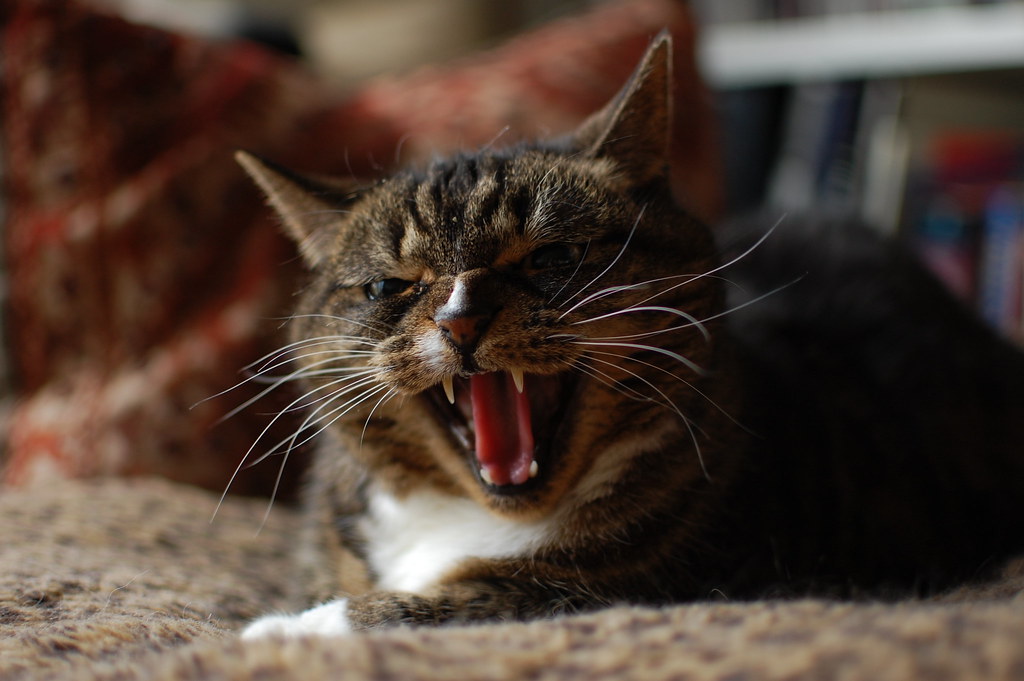 Can you guess which predators most animals fear in the wild? Snakes.

And do you know what snakes do? They hiss.

So, experts think that when cats have learned to mimic the sound of a hissing snake when they feel threatened.

When the cat hisses, she doesn’t want to get into a physical fight. If she wants a battle, you’ll know it.

She will be making angry, challenging sounds and puffing up her tail and body to look bigger.

So, your cat is saying, “Back off” when she hisses at the new kitten you’ve dared to bring home.

Ronnie wants to keep the kitten as far away as possible and deliver a clear message that it’s not welcomed in the house. She probably won’t attack the newcomer unless the kitten approaches her too closely.

Related:How to Introduce a Cat to a Dog (and to Another Cat) 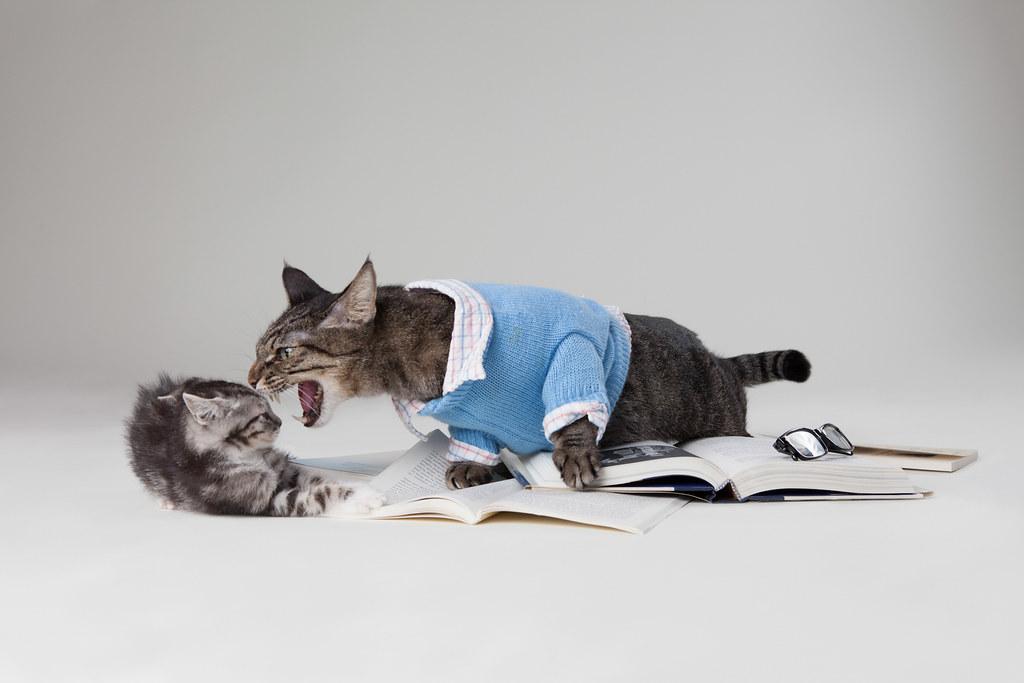 By nature, cats are lonely creatures, which protect their territory fiercely.

Don’t get me wrong. Cats don’t mind the company of other cats or animals as long as it’s on their terms.

What they hate is being forced to live with too many of their own kind with not enough room for personal space.

Remember that your home is your cat’s territory.

Ronnie rubs her head on the furniture and leaves scratch marks everywhere because she is announcing to whoever comes into the house that it’s already taken.

So, your cat will consider every new addition to the household as an intruder to her territory and will try to chase it away. Hissing is one way to do it. 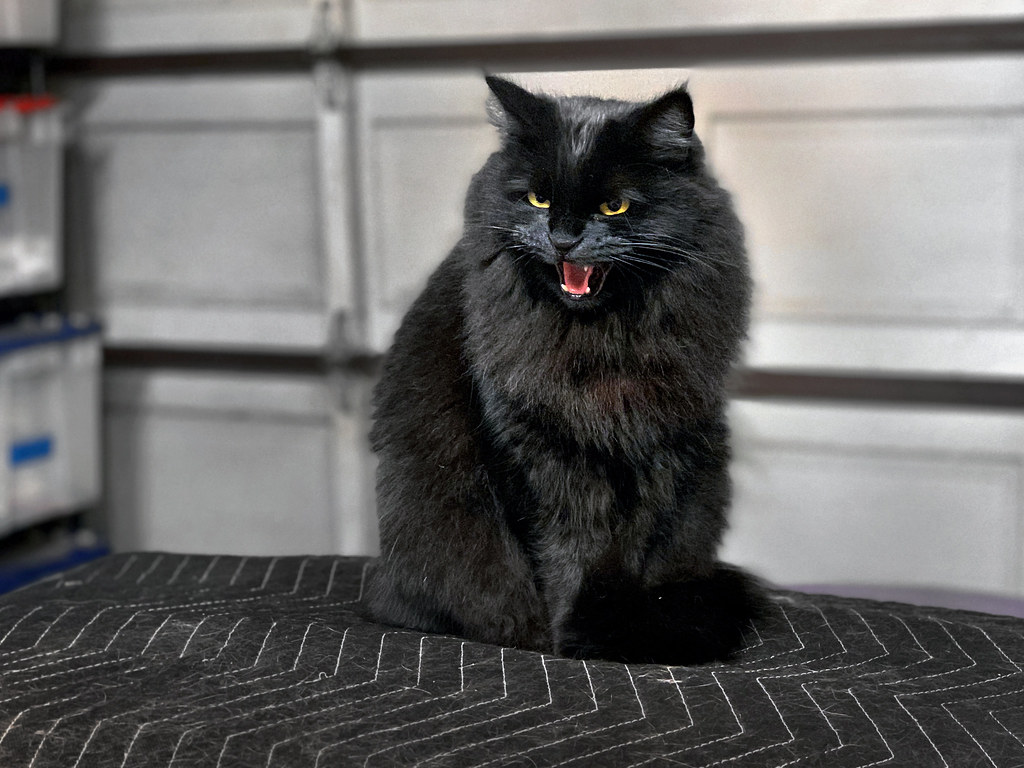 So, you’ve just brought a cute new kitten home. Think about the situation from the point of view of your cat:

What I’m saying is that your cat is going to be jealous of the new kitten, especially if she has been your only cat so far.

It’s not easy to learn to share things, when you’ve never had to do it before, right?

Think on the bright side, hissing is actually better than outright violence or growling, because it means that your cat might learn to enjoy the company of the new kitten.

If you have an unneutered male, do not leave him alone with a small kitten under no circumstances.

Tomcats are more violent than females and have a strong territorial instinct. A small kitten is far too young to be able to protect itself from the male. 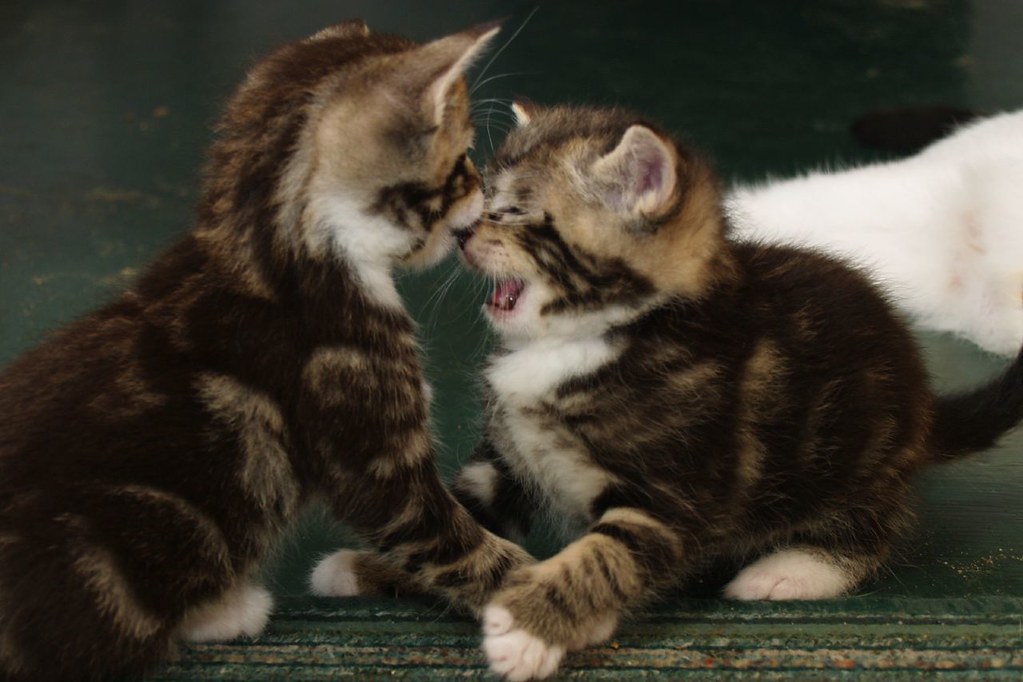 Sometimes cats might hiss at new kittens because the kitten smells unpleasant or strange.

Let’s say that you’ve just brought the kitten home after visiting the vet.

The little one probably will smell like the vet clinic – a smell your cat is familiar with and which she doesn’t like at all.

So, she is going to hiss at the new kitty because she is bothered by the smell.

In case your cat suddenly starts hissing at the kitten, there might be something wrong.

Hissing is your cat’s way to warn the other kitten that it’s not in the mood for playing.

If you observe any strange behavior or if you suspect that your cat might be in pain, make an appointment with your vet right away.

Why mothers hiss at their kittens?

I’m sure that you’ve seen at least once how a mother cat hisses at her young. Even though it looks heartbreaking, that’s normal feline behavior.

The mother cat is saying “You’re old enough to take care of yourself.”

In other words, she is throwing the little ones out of the nest because she knows they have to learn to be independent.

Do not worry too much about your cat hissing at a new kitten.

Instead, introduce the cats slowly and give them time to get used to one another.

In time, they will find a way to co-exist and might even become friends.

What do you think on the matter? Why do cats hiss at new kittens? Tell us what your thoughts in the comment section.