200 Perfect Witch and Wizard Names for Your Cat 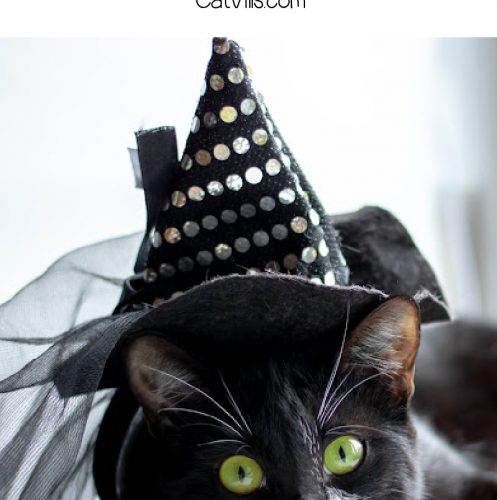 If you’re looking for the cutest wizard and witch cat names, you are SO in luck, my friends!

This is probably my all-time favorite cat names category!

From television to literature to mythology there are a plethora of great witch names out there to choose from!

Let’s dive in, starting with a look at our top 20 favorites!

Let’s start with the ladies first, shall we? All of these ideas below are inspired by witches in literature, pop culture, mythology, and even history.

Phew, that was quite a list, right? If you’re having a hard time narrowing down your options, maybe the next section will help.

We’ll take a closer look at some of my absolute favorites!

However, all that changed in 2001 with the release of the first Harry Potter movie- Harry Potter and the Sorcerer’s Stone

Since then, witches (and wizards) have been brought to the forefront and are considered enchanting and mystical.

From movies and television to legends and mythology, there are an array of witch and wizard names for your cat.

Circe is from Greek origin, meaning- A Witch. In Greek mythology, Circe is the goddess of sorcery, specializing in illusion, necromancy and transmutation.

She is the daughter of the sun-god- Helios and the ocean nymph- Perse.

, which focuses on a coven of Salem Witches.

Cordelia (portrayed by actress Sarah Paulson) is the reigning Supreme of the coven and the Headmistress of Miss Robichaux’s Academy for Exceptional Young Ladies.

She is an extremely powerful witch, who has mastered The Seven Wonders of Witchcraft.

Glinda is of Welsh origin, meaning- Fair, Good. Can you really have a list of witch names and not include Glinda? I think not!

. She is known as the Good Witch of the North.

Hecate is from Greek origin, meaning- A Titan. In Greek mythology, Hecate is the goddess of ghosts, magic, the moon, necromancy, the night, sorcery and witchcraft.

She is the only child of Perses, a Titan, and Asteria, a Titaness.

Hermione is from Greek origin, meaning- Messenger, Earthly. I am sure that I don’t have to tell you who Hermione Granger is, right?

Well, in case you don’t know, Hermione (portrayed by actress Emma Watson) is a character, a Muggle-born witch, from the Harry Potter series

of books and movies.

She was a student at the Hogwarts School of Witchcraft & Wizardry and part of Gryffindor House. Hermione proved to be an intelligent, powerful, and talented witch.

Isobel is from Scottish origin, meaning- Pledged to God.

Get ready for a little history lesson, because this is one of the few witch cat names that actually comes from a self-pledged, real-life witch.

Isobel Gowdie was an infamous Scottish witch, referred to as the Queen of Scottish Witches

. Isobel was accused and tried for witchcraft by the Privy Council in May 1662.

Unlike other witches, Isobel confessed to having been a witch since 1647, in Auldearn, a village in the Highlands of Scotland.

Her confessions, which seem to be consistent with the folklore and the records of witch trials, included making a pact with the Devil, her ability to transform herself into an array of animals, with her favorite being a hare, and getting to her coven meetings by flying through the air on her broomstick.

The name “Piper” literally means piper, as in someone who plays the pipes. I know, kind of obvious, right?

Piper, played by the amazing Holly Marie Combs,  and her two sisters (well, two at a time, anyway) make up the Charmed Ones, a trio of incredibly powerful witches who can stand up against the darkest forces of evil.

Piper has the power to manipulate time.

The name Sabrina means “legendary princess,” which is actually quite fitting for a cat!

If you were a teen in the late 90s, chances are you’ve seen Sabrina the Teenage Witch

The lead character, played by Melissa Joan Hart, comes into her magic on her 16th birthday.

She must learn to navigate life as a young witch while keeping her secret from mortals.

Good thing she has two fantastic aunts to help her out! The series is based on a character in the Archie comics universe.

Tabatha is an Aramaic name that literally means “gazelle.”

Much to mortal father Darren’s dismay, Tabatha took entirely after her mother, coming into her magic at a very young age.

She grew up to marry a mortal, just like her mom, too!

You might think that the name Willow comes from the tree, but it actually means “slender & graceful.”

It’s also the name of my 2nd-favorite TV witch of all time: Willow Rosenberg from Buffy the Vampire Slayer

Unlike many of the TV witch cat names on this list, Willow wasn’t born with magic.

She’s a self-taught witch who developed incredible powers as the show’s 7 seasons progressed.

Along with title character Buffy and her best friend (and former boyfriend) Xander, she helps keep back the forces of evil and save the world…a lot.

Once upon a time, there was a man named Abaris the Hyperborean.

Back in ancient Greek times, he was known as a legendary healer as well as a priest of Apollo. Legend says he was also born with the gift of prophecy.

I cannot find anyone who named their cat Abaris, so it’s truly one of the most unique wizard cat names!

You can’t really talk about wizard cat names without mentioning “The greatest wizard of all time,” at least according to Harry Potter.

Albus Dumbledore was the headmaster of Hogwarts, as well as one of Harry’s greatest protectors, mentors, and champions.

Wow, lots of wizard names begin with A, huh? Aleister Crowley wasn’t so much a wizard as an alchemist, but the two are quite similar.

An alchemist, among other things, tried to use mystical means to turn plain old metal into gold.

While, as far as I know, he was never successful, the alchemists were the forefathers of chemistry in a way.

Gandalf is from Old Norse origin, meaning- Wand Elf. Calling all fans of The Lord of the Rings and The Hobbit!

Presenting Gandalf (portrayed by actor Ian McKellan), a character from The Lord of the Rings film trilogy and The Hobbit film trilogy.

He is the most powerful and wisest being in Middle Earth. Gandalf is a wizard of Middle Earth and the leader of the Fellowship of the Ring.

Harry is from German origin, meaning- Estate Ruler. So, who do you think is the most famous wizard in pop culture?

I think it has to be Harry Potter, of course! Harry Potter (portrayed by actor Daniel Radcliffe) is the title character from the Harry Potter series of books and movies.

He was a student at the Hogwarts School of Witchcraft & Wizardry and part of Gryffindor House. Harry Potter is a half-blood wizard, being the only child of James, a pure-blood wizard, and Lily, a Muggle-born witch.

In Arthurian legend, Merlin is a wizard with several abilities and powers, including immortality, supreme magic powers, extreme intelligence, and extreme magical resilience.

Some might argue that “The Great and Powerful Oz” wasn’t a true wizard, but I still say he belongs on this list. Plus, it’s a super cute name for a boy cat, don’t you think?

The Wizard of Oz

is probably one of the most famous movies of all time, so I don’t really think this name needs any further explanation!

Raistlin Majere was created by Margaret Weis and Tracy Hickman, authors of the incredibly popular Dragonlance

fantasy series. He is a good Wizard of High Sorcery with a bit of an inferiority complex.

Hmmm, I definitely know a few kitties who believe that we humans are mere minions!

. He’s no Albus, that’s for sure! He’s kind of a failed wizard who has a penchant for turning minor problems into catastrophic disasters.

My cat is also very talented in that area!

Severus is from Latin origin, meaning- Stern. Another famous character from the Harry Potter series of books and movies is Severus Snape (portrayed by the late actor Alan Rickman). He was an extremely skillful, half-blood wizard.

While he is seen as an antagonist throughout much of the story, we discover that the truth is a lot more complicated than that. Severus speaks the most heartbreaking line in all of the Harry Potter books, in my opinion, and it’s just one word: always.

There you go! Plenty of great wizards and witch cat names to choose from! My favorites are Piper & Willow for a girl, and maybe Albus or Rincewind for a boy.

How about you? What are your favorite wizard and witch cat names?