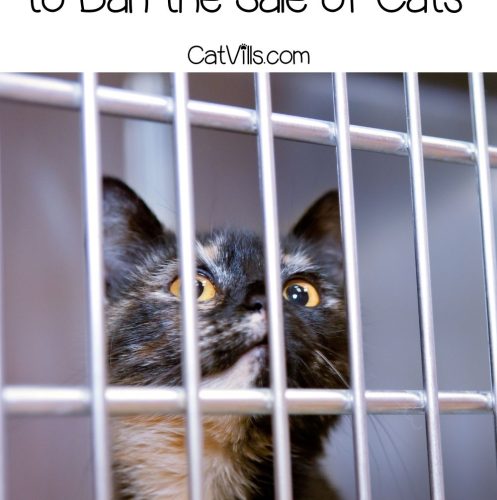 On June 3, 2022, the New York State House of Assembly passed a bill titled ‘Puppy Mill Pipeline‘ to prevent pet stores and other third parties from selling cats and other pets in the state.

The bill awaits a signature from Governor Kathy Hochul, after which it will take effect throughout the state.

Several animal welfare advocates greeted the bill’s progress with enthusiasm, stating that it would end the circulation of pets produced by mill factories in New York.

According to Matt Bershadker, president and CEO of the American Society For Prevention of Cruelty to Animals (ASPCA), the bill will finally end the sale of cruelly bred dogs and cats in pet shops across New York state, which has one of the country’s highest concentration of pet stores that sell kittens and puppies.

Like other pet mills, Kitten mills are facilities set up to produce pet animals commercially. The conditions are often unsanitary, as they operate without licenses.

As stated above, a typical feature of most kitten mills is the lack of attention to the pets’ health and sanitation.

Since most pet mills attempt to cut costs in mass-producing the animals, they leave the breeders and their offspring in unhygienic conditions.

The unclean environment allows for microbial growth, which causes diseases in both adult and young animals. This explains the agitation for prohibiting pet mills across the country.

In agreement, Assemblywoman Linda Rosenthal, who proposed and sponsored the bill stated that ‘Puppy, kitty, and bunny mills use and abuse animals to churn out pets for sale, which are often riddled with congenital diseases that cost unsuspecting consumers hundreds or thousands of dollars in veterinary bills and incalculable emotional stress.’

Instead of getting cats from mills for sale, pet stores will partner with animal shelters and rescue homes to advertise cats for adoption.

This move aims to reduce the population of poorly bred cats. Maureen Linehan from ASPCA stated that most mills from outside the state sell their cats as healthy, well-bred ones through intermediaries.

Considering the numerous pet stores in New York, the market for such cats is quite vast.

The bill doesn’t restrict the sale of cats within New York. It only prohibits the involvement of intermediaries, like stores, in selling these pets.

In that case, only breeders will be allowed to sell cats to their prospective owners. Also, the bill covers only cats, dogs, and rabbits, commonly sold in the state.

READ MORE: Pros and Cons of Getting a Second Cat

Consistent with ongoing animal rights agitation, the bill targets pet stores that get their puppies from mill breeders outside New York.

While the mill operations are outside of the state’s control, their market within the state will be significantly reduced due to the bill.

Rosenthal said as much as she expressed that the bill will ‘place a dent in the puppy-mill-to-pet-store pipeline.’

David Ceely, executive director at the Little Shelter Animal Rescue and Adoption Center, agreed that the bill is long overdue, stating that it was a massive plus to the clamor for animal rights.

Among the animal welfare organizations who rejoiced over the bill were the New York State Animal Protection Federation (NYSAPF), the Voters For Animal Rights (VFAR), and the Humane Society of the United States (HSUS).

Senate Deputy Majority Leader Michael Gianaris, who co-sponsored the bill, added, ‘our four-legged companions should be treated with respect and not like commodities.’

While the bill attracted so much support, opposing parties like the pet store owners expressed their displeasure on the subject.

Selmer’s Pet Land owner in Huntington Station said that her business benefited greatly from selling pets, and the bill will put it out of business.’

Similarly, the American Kennel club disagreed with the Puppy Mill Pipeline bill. Consistent with their regular stance on pet sale bans, they argued the bill was ‘anti-breeder’ and posed a challenge to the consumers in the pet market.

If Governor Kathy Hochul signs the bill into law, New York will be the sixth state in the US to place a ban on cat retail sales within its territory.

California was the first American state to pass such a bill in 2017. Other states that have followed similar trends include Maryland, Washington, and Illinois.