How to Use Astrology To Pick the Perfect Cat

Ever wonder if you can astrology to pick the perfect cat?

Whether you believe if star signs or not, it’s fun to see which breeds fit which sign.

You can even use pet horoscopes to find just the right match!

Let’s dive in, shall we?

How to Use Astrology To Pick the Perfect Cat

More often than not, we choose a cat based on how cute they are, their personality, and maybe their maintenance requirements.

But that’s the information the breeder gives. Once you get home, you realize that they aren’t always predictable.

All cats have some funny habits, and you’ll need to know them at a deeper level to maintain a good relationship.

That’s where knowing your cat’s zodiac sign can come in handy!

If you have the cat’s birth date, it will be easier since you can select the signs according to them.

But if you don’t, you’ll have to observe her and choose the zodiac sign that matches her character.

Let’s find you the perfect cat based on the pet horoscopes.

Before we start, though, just remember, using astrology to pick the perfect cat isn’t an exact science, so this is mostly a “just for fun” post.

It’s more metaphysics than regular physics, so to speak. Also, some breeds perfectly fit into more than one sign!

The Aries horoscope element is fire since it stands for courage, strength, confidence, determination, passion, optimism, and sometimes, adventure.

Aries cats tend to be very independent and adventurous.

Don’t be surprised when they leave your house for some time and come back roughed up and carrying some “souvenirs” for you.

They don’t back down when threatened.

Sometimes, they see themselves as leaders, which could lead to fights with other pets. And they often act impulsively.

Since they’re active and a bit competitive, engage them in active games and give them enough room to walk around.

The Taurus horoscope is associated with calmness, devotion, patience, reliability, and stubbornness. That’s why the Taurus cats are compassionate, strong – but sort of lazy. But when they need something, they are willing to put in the work.

You can forget about engaging this cat in any strenuous physical activity since it’s challenging to get them to do anything.

That said, don’t let them give into their sedentary urges. Try out some fun games to get a lazy cat moving!

Once they’ve had their fill (and they’ll eat anything), they’re okay with sitting on your lap until they fall asleep. They love being rubbed on the belly, too.

Gemini is associated with having two different personalities.

So with a Gemini cat, expect to get two personalities, and you never know which one you’re dealing with.

They tend to be playful, smart, and they’re excellent communicators.

The most talkative cat breeds also seem to be Gemini cats since it gets to a point where it’s like you’re having a conversation with them.

Make a habit of teaching them new tricks and introducing them to new environments to keep up with their energy.

They may be a little shy to strangers, but they’ll be friends forever once they are acquainted.

The Cancer horoscope is associated with being sensitive, loyal, emotional, sympathetic, and sometimes persuasive.

Since cancer cats are very sensitive, they need a lot of affection, and they’ll give lots of love and affection in return.

They need to feel like they are a part of your family.

You should also handle them carefully when changing environments since they get easily upset and moody.

Cancer cats may sometimes disappear when looking for some quiet time. But they’ll eventually come out.

Leo cats are natural leaders, generous, passionate, and creative. And when you thought cats couldn’t be charismatic, you meet a Leo cat.

However, they can be very self-absorbed and always seeking attention.

They also love being pampered! In fact, they practically expect it. If you don’t do what they want, they may even be a bit destructive.

But as long as you can meet their “demands,” Leo cats are known for defending their owners at all costs.

They are always aware of their surroundings, and they always figure out even complex problems (complex for a cat).

Sometimes, they need special care or things done in a certain way. And if you ignore their requirements, they’ll hiss to let you know.

Sometimes, they can be overly critical. That’s why they may prefer being on their own rather than interacting with other cats.

Virgo cats are also known for being tidy. They don’t mess up the eating areas, and they love self-grooming.

So if you don’t want to clean up messes all the time, this is the perfect cat for you.

Unlike the Virgo cats, Libra cats live for companionship. They love being around other cats or being around their owners.

That’s why it’s advisable to get them a companion cat, preferably a Gemini cat. And even when you bring other people over, Libra cats won’t shy away.

If you’re also looking for a cat to travel with, you can get the Libra cat.

It would be best if you spent some time grooming them every day. And when they feel like they’re not getting enough affection, they’ll act out by being moody and whiny. Libra cats are also known for “sensing” their owner’s feelings.

Since the Libra horoscope is associated with indecisiveness, Libra cats may change their mind often.

Cats born under Scorpio will not rest until they get what they want.

They are also fearless and will often take on larger animals such as dogs if they stand in their way.

They can be very intense, jealous of other cats, and a little mischievous.

Don’t be surprised if they’re nowhere to be found just when you need them the most, such as for a trip to the vet. They’re excellent hiders!

When they’re not hiding from you or picking fights with dogs, Scorpio cats are some of the most faithful cats.

Sagittarius cats are known for being very adventurous. They love exploring outdoors.

However, these are also the breeds most likely to run off and come back injured from too much adventuring.

Rather than turning them loose into the wild, consider building a safe outdoor enclosure for them.

They are also very energetic and friendly to people, including strangers.

Cats with this sign are are known for being hard workers, and they won’t rest until they’re done with what they’ve set their minds to – this may be grooming or litter etiquette.

So if you’re looking for a cat that’s self-reliant and not too demanding, a Capricorn cat is perfect for you.

However, “not too demanding” doesn’t mean “never needs attention.” They still love a good cuddle session.

These cats can be very persuasive when they really need something and won’t take “no” for an answer.

Aquarius cats tend to be independent, original, unpredictable, and eccentric.

They may eat different food from other cats, and they sometimes get lost in their “little worlds.”

They don’t like being bored, so make sure you engage them in mental stimulation or physical activities.

They love spending some “alone” time. But they will always have time to with the owners.

If you’re looking for an imaginative cat to keep you company, you can’t go wrong with a Pisces cat.

They are the best for those who can’t give devoted affection since they’ll keep themselves busy with other activities around the house or outdoors.

Pisces cats are very laid back due to their imaginative traits, and they rarely engage in extreme athletic adventures.

You’ll also love the psychic capabilities that allow them to detect your moods. If you’re sad, they can help cheer you up.

Now that you know which signs best match which breeds, all that’s left to do is choose the one that best fits your own personality!

Have you ever used astrology to find the perfect cat? Do you agree with our breed picks for each sign? Share below! 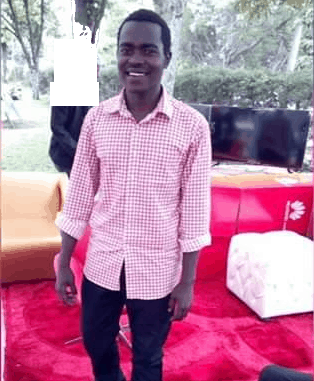