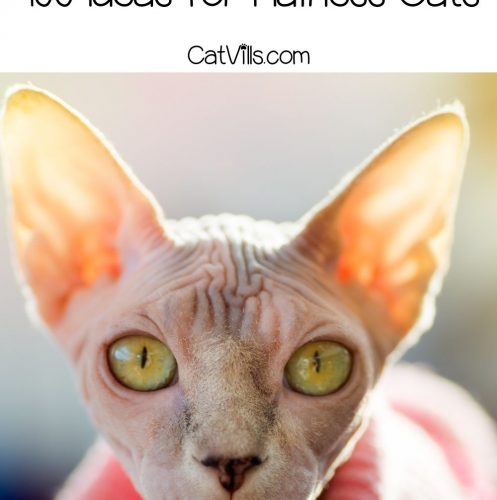 We took inspiration from the gorgeous hairless cat’s origins to come up with 50 male and 50 female ideas you’ll love.

If you’re having a hard time picking one, go with one of my favorites!

I LOVE the name Seth! For something with a bit more mystique, though, Osiris is amazing.

From the girl’s list, I have always loved Isis. It embodies the very nature of the beautiful Sphynx cat.

If that’s a bit too mythological for you, though, Alexandria is a classic idea.

Your turn! What are your favorite Sphynx cat names? Share below!