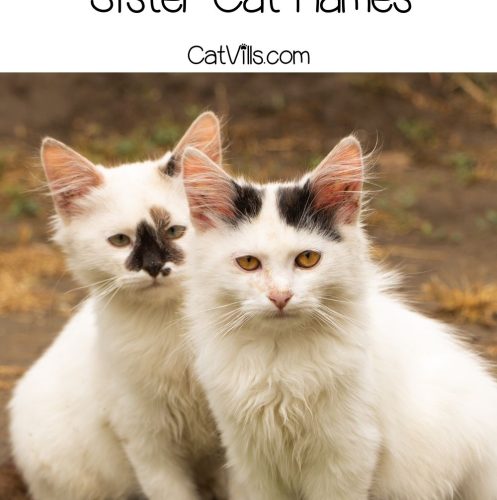 Are you looking for some brother and sister cat names for your new kittens?

We came up with tons of amazing famous pairs that make darling cat monikers.

Granted, not all of them are siblings in real life, but trust me, they’re so adorable no one will care!

Check the list below and let’s find those kitties some cat duo names!

This post contains affiliate links. We earn a commission if you make a purchase, at no extra cost to you

From famous fictional brothers and sisters to real-life Hollywood siblings, if you’re looking for adorable names for your sibling cats, start right here!

Want tough names for your duo? Watch the video below for inspiration:

Still need more ideas? These cute name pairs below are inspired by couples, besties, and more!

Yes, I know. if you’re literally adopting a pair of actual brothers and sisters, then it may feel a bit icky to name that after romantic couples.

However, if you’re just adopting two cats at the same time, then they really are some of the cutest cat names for girls and boys combinations ever.

These cute kitten pair names include some geography cat names, food names, and other creative ideas that work great for brothers and/or sisters.

Last, but not least, these adorable rhyming names are perfect for your sweet new twin feline friends!

What are your favorite brother and sister cat names? Share with us below!